The Hebrew Attitude of ‘Nevertheless’ 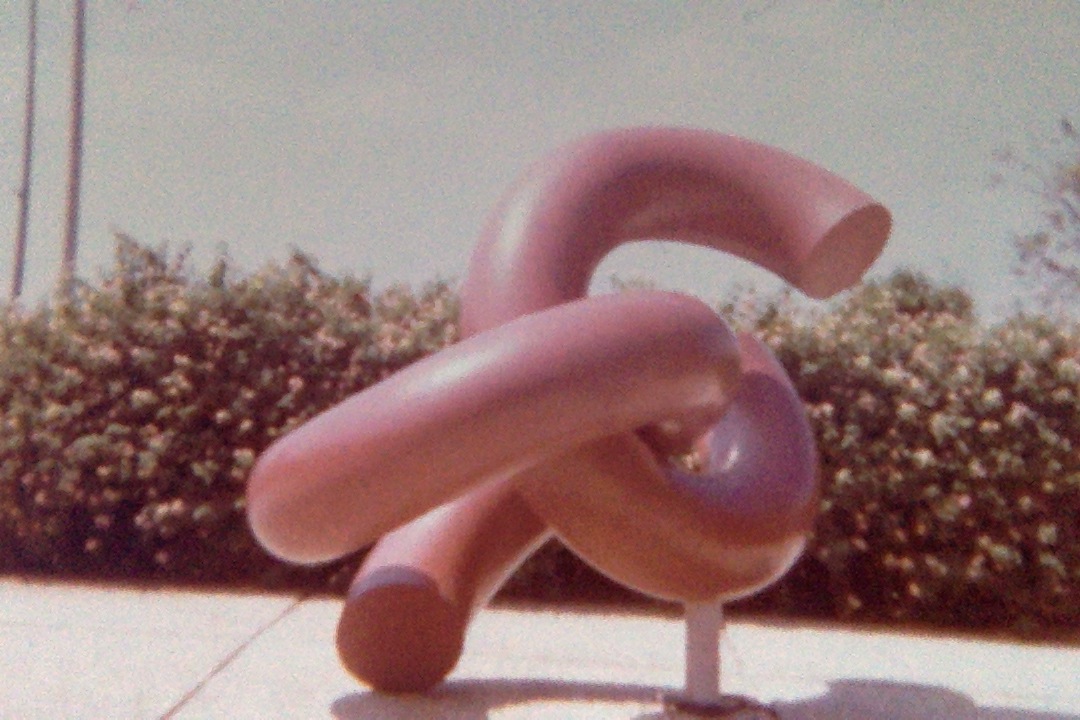 This grainy faded photograph shows two cherry red shapes encircling each other. It is from my first trip to Israel. As part of a group, I was on a visit to what was then known as the Museum ‘Af ‘Al Pi Chen, literally the Museum of Nevertheless. Today the place is known as the Clandestine Immigration and Naval Museum; I like the original name better.

‘Af ‘al pi chen is a conjunctive phrase that belongs to the opposite-of-expected group of conjunctions: “nevertheless, though, even if, even despite the.” It is almost the conjunctive equivalent to the word davka, an interjection that contains the possibility of contrariness and means something like “actually, specifically, unexpectedly.”

Davka is one of those words that can’t be easily translated, a word that is what it means – as slippery and contrary as possible. While sometimes people try to explain it as “especially,” the English term isn’t equivalent, because it is missing the very ornery nature of the word. The aspect, maybe essence, that makes it untranslatable, refuses to comply with the human need to translate.

Davka, like ‘Af ‘al pi chen, also captures a characteristic of the Hebrew language and its speakers. The language, stubborn in its existence, spurns its logical death after centuries of limited use. This is an impossible story in which a language survives against all odds and despite having no land in which to root. A religious/ juridical idiom relegated to sacred texts, legal documents, and study that has blossomed into a lusty, lyrical, and incredibly supple language.

In many ways the two expressions– ‘Af ‘al pi chen and davka – encapsulate the language, its history, and its nature. In many ways they also reflect my own experience with Hebrew. This contrary relationship may have started even before I failed the placement test at the high school program at Hebrew College. It would be nice for the purposes of this blog if I could say that, at the time of the test, I mistranslated the phrase ‘Af ‘al pi chen as “a nose on my mouth, yes!” but I am not sure I had enough Hebrew even to do that.

The dean of the high school program told me that, despite my background as a Reform Jew, he would nevertheless let me in. But, he added, I would never make it through. Only the memory of that interaction and my own sense of ‘af ‘al pi chen kept me from quitting during finals. And it continued through my first trip to Israel, where the two girls – twins – who took me under wing as their summer project and tried to work on my accent were revealed at the end of the summer to be Romanian, with a less-than-Sabra accent of their own.

So too, ‘af ‘al pi chen keeps me going in my choice of what I work on as a Hebrew scholar. In becoming the first (and only) professor of Hebrew literature in the State of Missouri. In teaching poetry for an entire semester. And so forth.

It would probably help any language learner to have a spark of davka and a slice of ‘af ‘al pi chen to help him or her persevere through conjugations, advanced rhetoric, and the pursuit of fluency, but it is especially appropriate to us lomdei ivrit (Hebrew learners).

Those red shapes I saw at the entry of the museum on my first trip to Israel turned out to be a sculpture called Kesher HaDorot (Connection Between Generations) by the artist Yitzhak Danziger. At the time I didn’t know if these were rings of a broken chain, or shapes in embrace, but I loved the sculpture at first sight, and loved the name of the museum, and have continued to love the struggle of learning this language of davka and nevertheless.

Nancy E. Berg is Professor of Hebrew Language and Literature and Chair of the Department of Jewish, Islamic and Near Eastern Languages and Cultures at Washington University in St. Louis. Her books include Exile from Exile: Israeli Writers from Iraq and More and More Equal: The Literary Works of Sami Michael. She is on the organizing committee for next spring’s symposium Hebrew and the Humanities: Present Tense at the UW.