Uncovering Sephardic support for Philippine independence in the Ladino press

Published in Istanbul from 1872 to 1931, the Ladino periodical El Tiempo was arguably one of the most influential papers in the modern Ladino press. As a student in summer Ladino Language and Culture this year with Professor David Bunis, I had the opportunity to research Ladino-language newspapers published in the Ottoman Empire. My research interests led me to search for coverage on the outbreak of the Philippine-American War in 1899, and I turned to El Tiempo. Much to my surprise, rather than the matter-of-fact coverage of the war I expected, I encountered instead an editorializing, pro-Filipino tone, and editorials that spanned multiple issues of the Ladino paper. 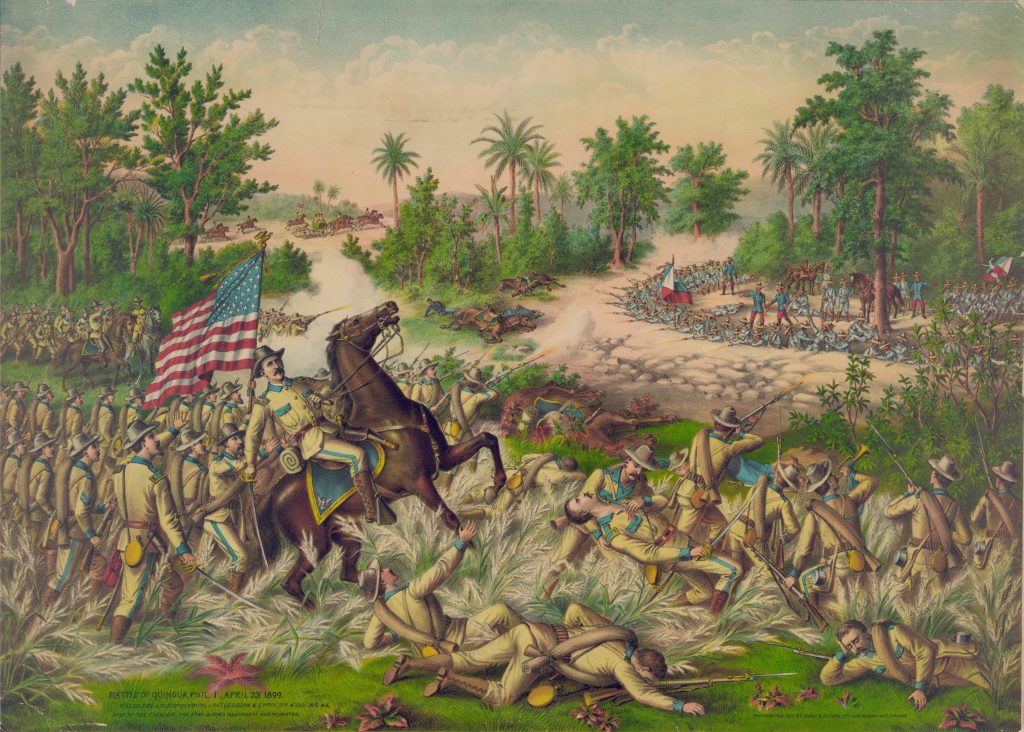 Kurz & Allison print of the Battle of Quingua, April 23, 1899 during the Philipine-American war. Courtesy Wikimedia Commons.

While a focus on the Philippine-American War may seem surprising in the context of a Ladino class — and a Ladino paper — there is a linguistic and historical connection. My interest in taking the summer Ladino course came not from a background in Jewish studies, but rather from a curiosity about creole languages derived from Spanish. Having learned the most basic rudiments of Chavacano, one such language spoken in the southern Philippines, I looked forward to the challenge of studying a language with the inverse trajectory: While Chavacano emerged due to Spanish imperial conquest and colonization in Southeast Asia, Ladino was a result of the exclusion and expulsion of Jews from Spain.

The historical context behind the Philipine-American War was that Filipino revolutionaries started an armed revolt against Spanish colonialism in 1896, in the midst of which the Spanish-American War of 1898 erupted. By the end of 1898 the Spanish had been utterly defeated, and Americans and Filipinos eyed each other uneasily at the gates of Manila, from which the former had barred the latter.

Expecting a full-blown war, El Tiempo’s editors showcased their access to information from abroad by endorsing a prediction that the Filipinos would put up a tough fight:

In the next issue, El Tiempo remarks again on the Filipinos’ grim determination to remain independent, while praising their leader, Emilio Aguinaldo. It is worth mentioning that none of the American commanders received the same treatment:

Finally, and right around the time the war broke out, El Tiempo expresses doubt that any army could bring the Filipinos to heel, and that they are not a people to be “bought and sold” — a  reference to the Treaty of Paris whereby the United States purchased the Philippines from Spain for $20 million:

What can explain this editorializing and the comparatively special attention that the Ladino press placed upon the Philippines? 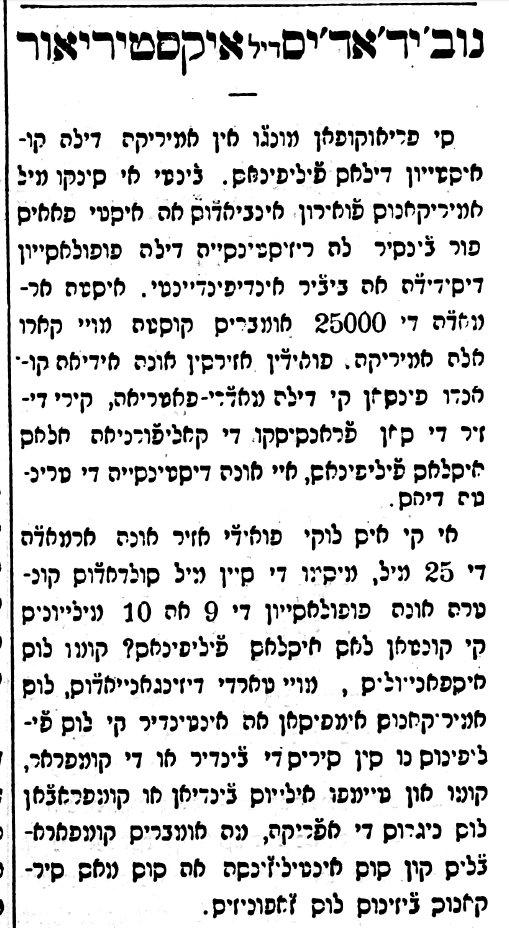 Ladino article titled “Novedades de eksterior” (“News from the Outside”) from the February 8, 1899 issue of El Tiempo, corresponding to the last translation above. Courtesy the Historical Jewish Press.

It seems unlikely that El Tiempo’s sympathy towards the Filipino rebels had anything to do with modern Sepharadim maintaining a grudge against Spain harkening back to the expulsion of 1492. After all, as Sarah Abrevaya Stein points out in her foundational work on the Ladino press, the earlier decades of El Tiempo were often fixated on other Western European countries, such as France or Italy, rather than Spain. In the pages of El Tiempo it appears that Spain was simply ignored, rather than reviled.

It is true that, as shown by Aviva Ben-Ur, in New York in the 1910s, Spanish overtures to repatriate Sepharadim to Spain were met with hostility due to the painful history of expulsion. But in the case of Constantinople’s El Tiempo, even its push towards the gallicization of Ladino appears to have been more the result of admiration for French culture rather than revulsion towards Spain.

Additionally, during the 1890s, El Tiempo pivoted from adulation of Western Europe towards loyalty to Constantinople (then the capital of the Ottoman Empire), which, in turn, could suggest instead the possibility of envisioning the Filipinos as a loyal millet of sorts to their new empire. Perhaps, much like the Armenians, Greeks, and Jews in the Ottoman Empire, Filipinos could live peacefully as subjects of a rising American Empire. Thus, at least at first glance, there do not appear to be any “structural” reasons explaining El Tiempo’s position regarding the Filipino war of independence.

Perhaps it boils down to the personality of El Tiempo’s editor, David Fresco, who by all means appears to have been fiery and fiercely independent. In the 1880s he stood up to the Grand Rabbinate, exposing their irregular finances and accusing them of being tyrannical and abusive toward the poor. Not even a writ of excommunication made Fresco back down from reporting on the topic and mobilizing the public against the perceived injustice via the press. The sight of a people successfully overthrowing one colonial power, only to be colonized by another, must have seemed revolting to a man willing to stand up for the underdog.

Whatever the cause, it is extremely unlikely that the Filipinos fighting the war against American empire would have ever heard of the sympathy expressed by this Ladino-language newspaper in the Ottoman Empire. A generation later, they probably had a better chance of hearing that Albert Moreau, a Ladino-speaking Sephardic Jew from Salonika who had immigrated to New York, condemned US imperialism in the Philippines in the 1930s in his role as Secretary of the Anti-Imperialist League of the United States. However, El Tiempo’s support for the revolutionaries makes us wonder about other solidarities that may have flown under the radar, as they go against the grain of the expected paths of metropoles and colonies, or centers and peripheries. 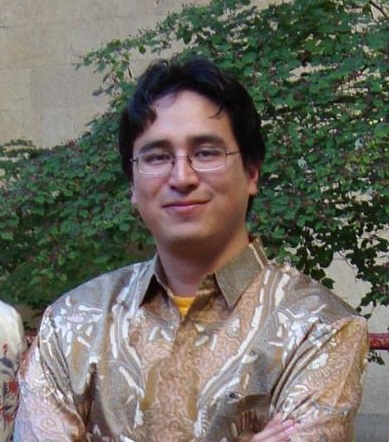 Jorge Bayona is a Ph.D. candidate in the Department of History at the University of Washington. His areas of research are Southeast Asia and Latin America. He had an absolute blast learning to read Rashi script this past summer in the UW’s Ladino Language and Culture course with Professor David Bunis.