Where to Watch Films in Hebrew 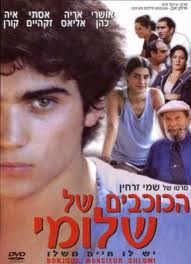 There was a time, not many years ago, when it was difficult to locate and watch Hebrew language films in the U.S. Not so anymore! DVDs abound, streaming links make even recent movies accessible, more and more Israeli films have been appearing as commercial releases in North America, and Jewish film festivals have done a wonderful job of bringing Israeli cinema to the attention of American audiences.

Where to look? The Israel Film Center, located in New York,  offers a remarkable number of films of all sorts – including features, documentaries, and TV series — and these are available through streaming at any time. Netflix has a fairly extensive collection, with English subtitles. You can also try Go2films  and, if you don’t need English subtitles, try mako.co.il (scroll down to the bottom of the home page, look for television programs and other entertainment).

In Seattle, specifically: Scarecrow Video has long had a collection of Israeli films, and the UW Libraries Media Center includes a number of titles (free, of course, for students, faculty, staff and others with a UW library card). Among the feature films available at UW Libraries, here are some I recommend: 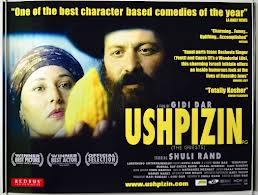 You might also consider “The Wordmaker,” a problematic film with disappointing acting, but a film about a fascinating topic for Hebrew learners:  Eliezer Ben Yehuda and his efforts to revitalize the Hebrew language and turn it into a modern, spoken tongue.

Among the many documentaries at UW Libraries, a few are worth singling out: “History of Israeli Cinema”  — since it provides a helpful overview of Israeli films —  and “Mi-safah le-safah,” a documentary that focuses on Hebrew writers whose mother tongue is not Hebrew; in the film these artists  discuss their entry into the Hebrew language and how their writing developed.

Don’t forget the Seattle Jewish Film Festival!! Every year this festival screens a wide variety of films, some of them in Hebrew.  The annual festival will be held March 14-22, 2015. Save the date! In the meantime, other screenings and events will take place throughout the year. Upcoming soon:  The TV sitcom “Arab Labor” will appear as part of a series called “Israeli TV Dinners” on November 1 and November 8, 7:00 p.m., at the Stroum Jewish Community Center on Mercer Island. For information on this and lots of other programming, check out the SJFF listings.

Want to see more articles like this?  Sign up for our newsletter!
⇒ Learn more about the Stroum Center for Jewish Studies at the University of Washington, our Sephardic Studies Program, or our Israel Studies Program.
Note: The opinions expressed by faculty and students in our publications reflect the views of the individual writer only and not those of the Stroum Center for Jewish Studies.
By Naomi Sokoloff|2017-09-04T22:42:10-07:00October 1st, 2014|Categories: Naomi Sokoloff's Blog|Tags: Modern Hebrew, Seattle|0 Comments