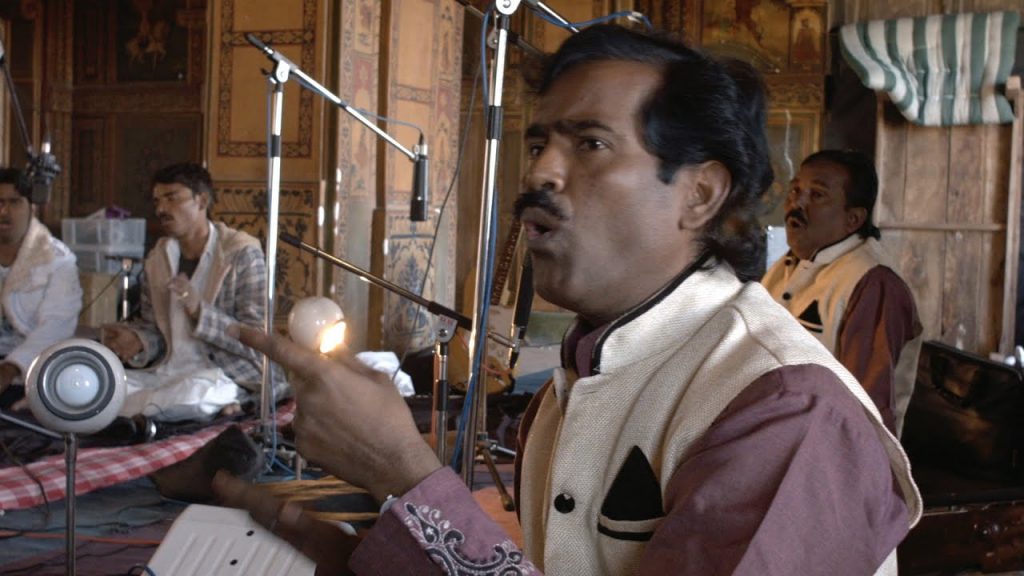 Shye Ben Tzur is an Israeli composer. He was born in New York but spent most of his formative years growing up in Israel. While attending a concert by Indian musicians Hariprasad Chaurasia and Zakir Hussain in 1996, he fell in love with the sound of Indian music. Interest in India was a growing and popular theme in the ’90s for many Israelis. This trend led to one of my favorite collaborations of all time, the album and documentary Junun (2015).

Starting in the ’90s, it became common for Israelis to travel to India after completing military service. Military service is compulsory in Israel. Upon being discharged, young men and women from Israel are often looking for adventure. Most leave with their discharge bonus (~$4,300) and whatever else they’ve been able to scrape together over the previous couple of years. India has long been an affordable place to travel relatively close to Israel, and offers an opportunity to escape everyday life. These factors have led to about 40,000 backpackers and 80,000 travelers visiting India from Israel every year.

Although it’s unclear what exactly motivated Shye Ben Tzur to travel to India the first time, there is no question his second visit was less an opportunity to get away and more a chance to learn. In 1996, after seeing Hariprasad Chaurasia and Zakir Hussain play flute and tabla (a type of drum), Ben Tzu decided to pack up his bags and explore India to learn all he could about Indian music. He has since made his home in the city of Ajmer, in the northern Indian state of Rajasthan. The style of music he is most influenced by is Rajasthani and Ajmer is one of the epicenters of this music.

Ben Tzur has set himself apart by combining sounds that traditionally don’t belong together. He takes Sufi singers, a brass band and nagara drums and composes music for all of them to participate in. In addition to the sounds, Ben Tzur mixes languages as well. His songs are written and sung in Hebrew, Hindi and Urdu.

He debuted his first album in 2003, and although he hasn’t produced many albums — only three as of this writing — he hasn’t been idle. He has had many collaborations, works with Rajasthan folk musicians, and spends time writing poetry. In 2013, Jonny Greenwood, the lead guitarist from the musical group Radiohead, stumbled upon a band playing a composition of Shye Ben Tzur’s at a show in the Negev desert. Greenwood reached out to Ben Tzur and they decided to collaborate on a piece that was performed in London a year later. This collaboration proved to be interesting for both, so they decided that a full album was in order.

Shye Ben Tzur sought out the best Rajasthani players he could find and started composing music. In this album, we have a blending not only of Ben Tzur’s Rajasthani influences, but also a Western rock influence as well. Working with people with influence has its benefits. Greenwood was able to call on his longtime friend and collaborator, filmmaker Paul Thomas Anderson (of The Master, There Will Be Blood, and Inherent Vice fame), to make a documentary about the making of the album. He also called on Radiohead’s producer, Nigel Goodrich, to help make the album.

Ben Tzur gathered the musicians and arranged to use Mehrangarh Fort, the house of the Maharaja of Jodhpur — another city in Rajasthan — for the recording. The musicians all showed up and, according to Shye, this is when the magic really started to happen. He laid out a set of rules that was more about what not to do than how to play. Over three weeks, the musicians spent time getting to know each other and exploring the musical boundaries that Ben Tzur had set out. Here is the trailer for the film that resulted from these efforts.

In this trailer, you can get a sense for the organic nature this process involved: Musicians sitting around a room, learning, and collaborating with each other, working to develop the final product which the song morphs into. Ben Tzur has talked about how the development and recording was a solid 3-week process, and even during “breaks” the different musicians would hang out and tinker with their instruments, trying to find whatever sound was in their head.

The space they used wasn’t only a communal space where they could all get together and play; it became a part of the music. The musicians needed some reverb for their songs, and they found that part of the room they were sitting in was on top of a large empty cavern. They rigged up a mic on one end of the cavern and speaker on the other and voilà, instant, organic reverb. In some of the songs, you can hear the pigeons that called the cavern home. All of this resulted in a beautiful blending of sounds that had never crossed paths before. You can hear the rock-influenced guitar and bass, mixed with the Sufi singers, the brass players and the nagara drums. Here Junun are playing one of the songs from their album while on tour with Greenwood’s band Radiohead, playing The Late Show with Stephen Colbert. 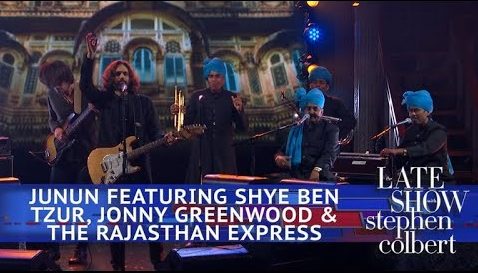 If this interests you even a little, I highly recommend checking out the full documentary by Paul Thomas Anderson. It’s beautifully shot and does a great job of showing the process the band went through to create the album. 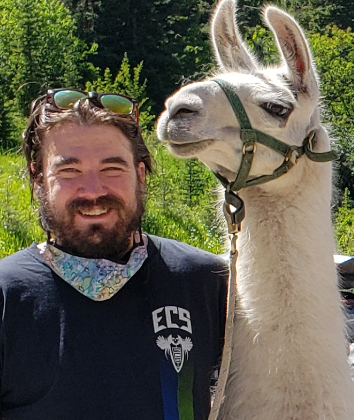 Bobby Young is a senior at the University of Washington in the Foster School of Business. He fell in love with music many moons ago while listening to KCMU in his bedroom during high school. He hosted his own radio show, We Jam Econo, for 12 years on Hollow Earth Radio. He took Naomi Sokoloff’s course on Israel and Popular Music (NEAR E 287) in autumn quarter 2020.