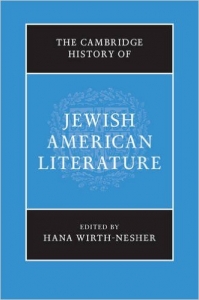 In a chapter of  The Cambridge History of Jewish American Literature (2016), Naomi Sokoloff presents an overview of this topic.  She outlines three major trends, coinciding with three main time periods: the era previous to the Holocaust, the second half of the 20th century, and the early years of the 21st century.

Until the end of World War II and the establishment of the State of Israel, many Jewish authors in the U.S. opposed Zionism or shied away from writing about it. Attention to Israel, some admiring and some critical, increases in fiction and poetry only after 1948, and it gains more prominence in the 1980s and 1990s. What’s striking about these developments is that Israel remained a relatively minor focus of imaginative writing, despite the fact that Israel played such a central role in shaping identity for American Jews. Furthermore, the representations of Israel in this literature rarely correspond neatly to images that were widespread in public discourse or political debate.

In the new millennium, some things change and some don’t. Many new voices arise, and more writers start focusing on Israel, but — like earlier writers –they perceive Israel through a distinctly American  lens. For the most part, they bypass the issues that have been of acute interest to Hebrew authors in Israel in the past 15-20 years.

If you have a University of Washington NetID, you can access this essay directly through the UW Libraries catalogue. Everyone can take a look here at the entire table of contents for The Cambridge History of Jewish American Literature, edited by Hana Wirth Nesher. This is an exciting new collection covering a wide range of topics, including Jewish humor, immigration, anthologies of Jewish writing, the politics of translation, Ladino in U.S. literature and song, Hebrew in America, comic books, and much more.

Want to see more articles like this?  Sign up for our newsletter!
⇒ Learn more about the Stroum Center for Jewish Studies at the University of Washington, our Sephardic Studies Program, or our Israel Studies Program.
Note: The opinions expressed by faculty and students in our publications reflect the views of the individual writer only and not those of the Stroum Center for Jewish Studies.
By Naomi Sokoloff|2018-02-05T11:07:55-08:00January 15th, 2016|Categories: Israel & Hebrew Studies, Naomi Sokoloff's Blog|Tags: American Jewish Community, Faculty Publications, Hebrew, Israel|0 Comments