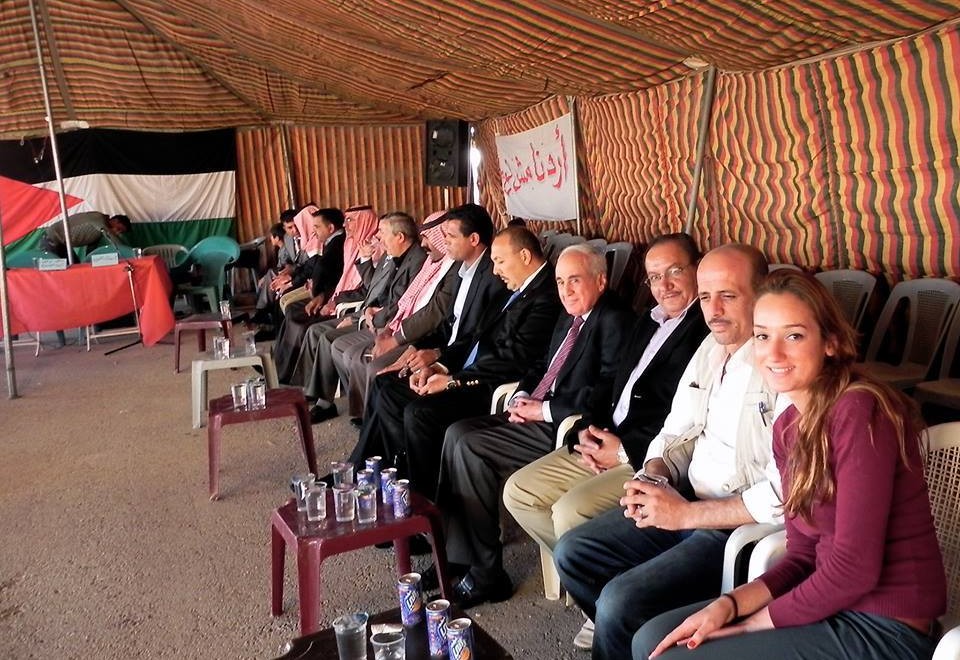 Shirin Lotfi’s research quarter in Jordan included attending an anti-nuclear conference with the Bani Sakhr Tribe. Her trip to Jordan was supported by a Jewish Studies Travel Grant.

The Hashemite Kingdom of Jordan is a moderate Arab friend of the United States and Western Europe. The Kingdom has been a pathfinder in seeking peaceful resolutions to conflicts in the Middle East; this includes, for example, the signing of a peace treaty with neighbor Israel.

For several decades, Jordan has made great efforts and sacrifices to remain a friend of the West and Western governments would do well to remember some of these efforts.  For example, it was King Hussein of Jordan who, after meeting with presidents Anwar Sadat and Hafez al-Assad in Alexandria, flew to Jerusalem in 1973 to warn the Israelis of an impending Egyptian-Syrian offensive. Jordan’s limited participation in the war (sending only one brigade to assist Syria) is seen by other Arab states as a betrayal, and has had adverse effects on the Kingdom’s foreign relations.  The Kingdom has also assisted the United States with combating terrorism through a cooperative relationship between the CIA and Jordan’s General Intelligence Directorate (GID). This action has been criticized by Jordanians who disagree with such a close relationship with the U.S.

These are just two examples of such sacrifices that Jordan has made to the West and to Western allies. It is understandable, then, that the Hashemite Kingdom would be upset with any Western efforts to curtail their intended nuclear power program. 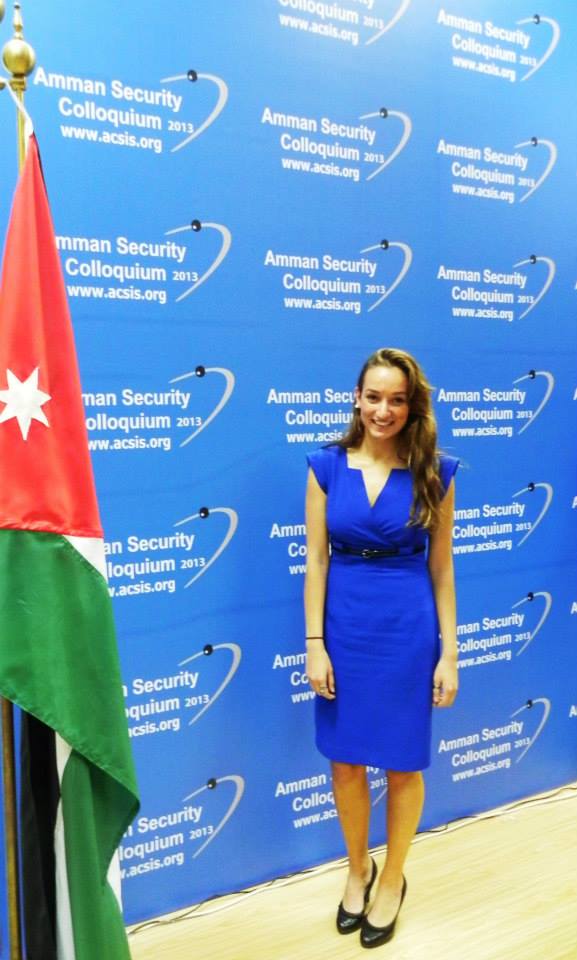 Senior Shirin Lotfi attended a security colloquium in Amman, Jordan, while interning at the Center for Strategic Studies in Fall 2013.

Since Jordan is one of the poorest countries in terms of natural resources, their plan to build nuclear reactors to produce power drew a lot of attention from neighboring countries. Jordan and Israel share a land border of 238 kilometers, and both countries have been monitoring each other carefully. With nuclear technology, it is always in the best interest of neighboring countries to recognize that the development of such technology could be used to gain nuclear weapons. National security is not about being optimistic; it is about being self-interested and pragmatic. If Jordan appears to possess the ability to produce nuclear weapons, whether they do or not, then how would Israel respond? Does Israel have a reason to be suspicious of Jordan’s program?

For regions in the world that are rapidly developing and reliant on coal or oil imports, nuclear energy is an appealing option for addressing long term growth of demand in power. However, the potential for more states to develop nuclear weapons in the course of their energy production is a frightening possibility that must be addressed.

A case study released by the Jordan Atomic Energy Commission in June of 2010 aptly sums up the reasons why Jordan would like to develop nuclear energy: A growing energy demand, coupled with increasing prices of fossil fuels, compounded by the fact that Jordan is growing increasingly dependent on imported fuel. The last point is of particular concern because of its extraordinary circumstances; Jordan, as of 2010, imports 96% of its fossil fuels. The expense of importation costs the government over 25% of its national budget. Despite the stereotype of the “oil-rich Middle East,” Jordan is quite barren, with one exception: Uranium. There are estimated to be nearly 65,000 to 140,000 tons of Uranium underneath the Jordan soil. At least 65,000 tons of this Uranium was discovered as recently as 2007 and, seeing how the small country has almost no other natural resources, it is not surprising that the Kingdom sees its Uranium reserves as a blessing and an opportunity to move the country towards energy independence.

However, there is more to the issue than just energy independence. The Kingdom would like to use Jordan’s geographical location to their advantage, and become a hub for oil, gas, and electricity networks in the region. Oil and gas may not be in great supply in Jordan, however through nuclear power, electricity would become a newly abundant commodity that Jordan could supply to other countries. The Kingdom views its nuclear program as an opportunity to become an electricity exporter; with hopes to sell to Egypt, Syria, Iraq, Saudi Arabia, and Palestine. The country also intends to solve its growing water crisis by using a reactor to facilitate the operation of a desalinization plant. It has also been argued that there are numerous environmental benefits to be gained from the adoption of nuclear power. 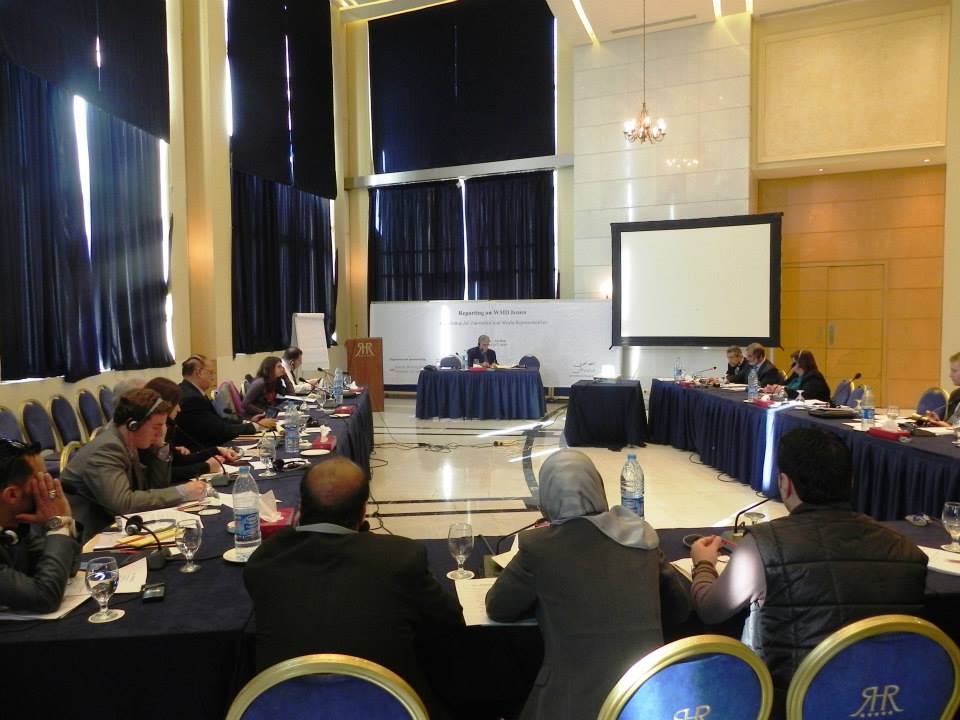 As part of her security studies in Amman, Lotfi attended a conference on weapons of mass destruction.

Finally, the development of the industry will create local jobs and education of workforce, both of which will improve their economy. According to the Jordan Atomic Energy Commission, the Jordanian reactors will create 3000 jobs per reactor (construction phase) and up to 1000 permanent jobs (maintenance, operations, security etc.); the majority of which will be Jordanian. The future of Jordan, as Jordan sees it, depends greatly on this reactor program and the numerous benefits that it will net.

It is not difficult to see the valid points of the argument from a Jordanian perspective. The U.S., nonetheless, will remain concerned about the pursuit of such technology in a region that has been so unstable. From a U.S. perspective, the nuclear issue in Jordan is but a small part of the larger concern of a nuclear Middle East. Whereas the Jordanian argument in favor of nuclear technology is primarily based on economics, the U.S. counter-argument is based on security. 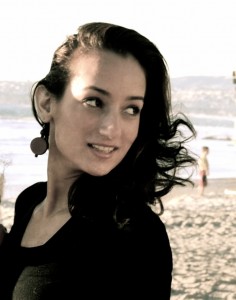 Shirin Lotfi was born in Tehran, Iran and grew up between Tehran and California. Now a senior at the UW, she is majoring in political science and international security with a minor in Middle East studies. Her focus is energy security within the Middle East. She speaks five languages and is active with the Jewish-American, Arab-American and the Iranian-American community in Seattle. She has a passion for Middle Eastern food, culture, and politics. With the support of the Jewish Studies Travel Grant, she applied for a research internship at the Center for Strategic Studies (CSS) located in Amman to conduct research on the Jordanian nuclear energy program. Currently, she is the community relations coordinator for the Jewish Studies Student Committee at the UW.