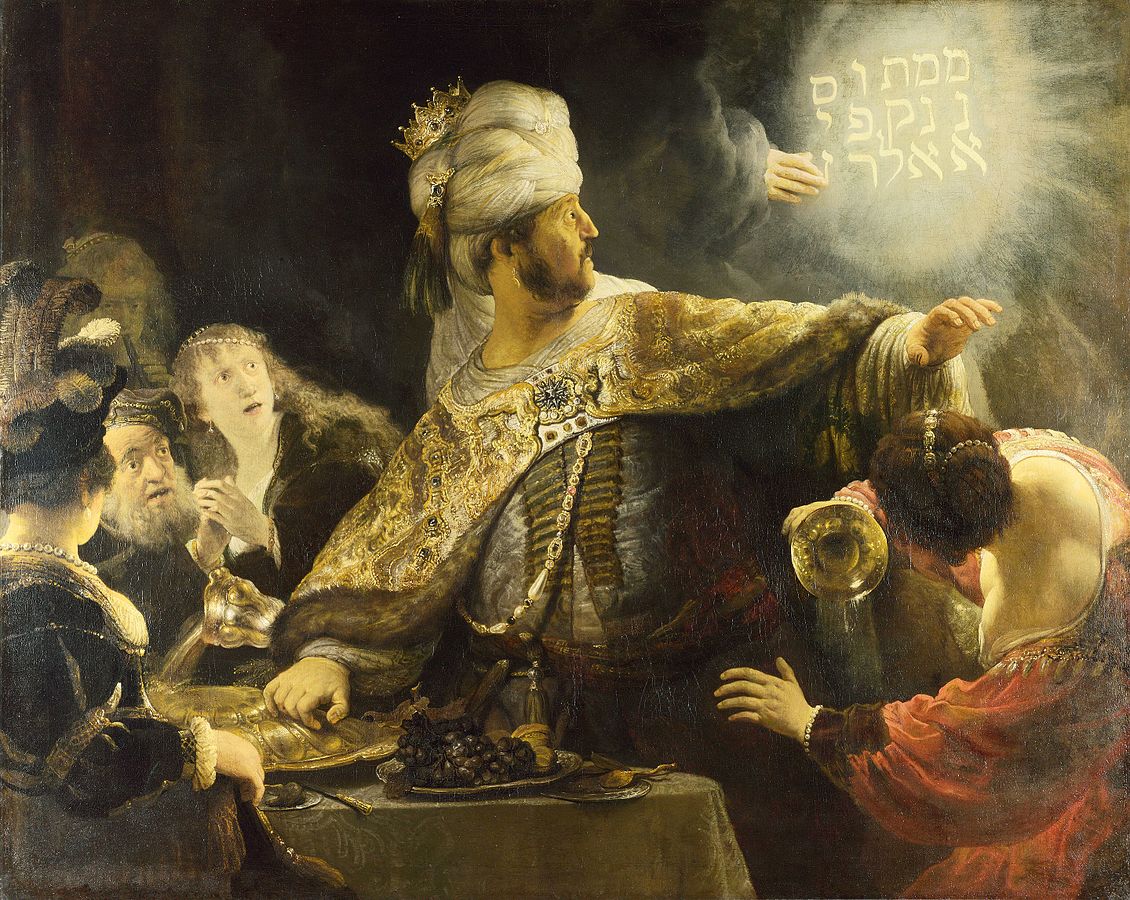 Belshazzar’s Feast by Rembrandt, 1635. The painting depicts a narrative from the book of Daniel, and–as Michael Weingrad says–“a group of people made anxious by Hebrew writing, which they can’t interpret.”

She believes that this failure stems from a lack of confidence. Even Horn, who tells us in this recent article that she grew up familiar with Hebrew words and that she was one of those rare, truly engaged students in the supplemental Hebrew schooling of her youth, was convinced that she “could never actually learn Hebrew” as a real language. In her mind, fluent Hebrew was something only Israelis or Orthodox Jews were capable of achieving. And so, even though she spent her teens and twenties reading Hebrew literature, it wasn’t until the age of 32 (a number which, by a lovely coincidence, is rendered in Hebrew by the word for “heart”) that she dared plunge directly, at an international writers conference in Israel, into the world of spoken Hebrew without the perpetual crutch of English translation.

It’s an inspiring story, but I respectfully suggest that she’s wrong about her premise. It’s not that American Jews think they can’t learn Hebrew, but that they actively won’t. After all, American Jews are hardly known for their lack of confidence, certainly when it comes to intellectual pursuits. We are surrounded by American Jews who learn languages and expect their children to learn languages: Spanish, Mandarin, JavaScript. And, as Horn notes, we now live with apps and iPads and streaming video on demand. A language is easier to learn and enjoy than at any time in human history.

The stubborn American Jewish refusal–even by many Jews who are active in Jewish life, and who mouth Hebrew words as sounds week after week in synagogue–to treat Hebrew as a language that can be learned, spoken, and used is nothing short of bizarre.

The reasons for this mainly have to do with the historical and psychological nature of the mass migration from Eastern Europe a century ago, and the new Jewish identity that those immigrants and their children invented for themselves in the United States. Even today, this odd, ironclad commitment to ambivalence—to that eternal door-knocking—takes myriad forms in American Jewish life and behavior. The point here for our purposes, though, is that learning Hebrew for most American Jews is psychologically impossible. (A similar dynamic applies, as it happens, to learning Yiddish.)

Where you do find American Jews who are more emotionally capable of learning Hebrew is among populations that are distant from the Eastern European mass migration and the American Jewish mainstream it produced: e.g., Orthodox Jews, converts, Soviet immigrants, Mizrahi Jews, etc.

But for most American Jews, Hebrew must remain somewhat obscure, talismanic, at best liturgical, but never transparent or normal. If those Jews ever stopped knocking and instead opened the door themselves and stepped inside—well, there is no telling what they might find. 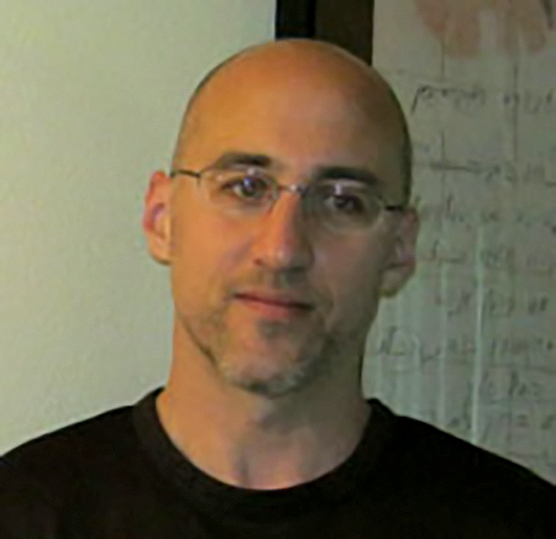 Michael Weingrad is Associate Professor at Portland State University. He received his Ph.D. from the University of Washington. Prof. Weingrad has been a Fulbright Fellow at the Hebrew University of Jerusalem, the Montague Burton Fellow in Jewish Studies at the University of Leeds, and a Harry Starr Fellow at the Center for Jewish Studies at Harvard. He is the author of American Hebrew Literature: Writing Jewish National Identity in the United States (Syracuse University Press, 2011), and editor and translator of Letters to America: Selected Poems of Reuven Ben-Yosef (Syracuse University Press, 2014). Numerous essays of his have appeared in The Jewish Review of Books, Mosaic Magazine, academic journals, and on his website, https://investigationsandfantasies.com.