The Adventures of Two Izmirlis with the Hebrew Language

Last summer, I participated in the Hebrew Immersion Program at Middlebury College with the help of the Jewish Studies Opportunity Grant I received from the Stroum Center. Before arriving at the green plains of Vermont, my knowledge of Hebrew was limited to the aleph-bet and my novice knowledge of some cheesy Israeli pop songs. After eight weeks of the immersion program, I was dreaming in Hebrew and meals at the common cafeteria lasted more than seven minutes since I was interacting with fellow Hebrew learners rather than devouring my food.

Well, what is the immersion program and what does it feel like?

Middlebury Language Schools have offered intensive language programs through 24/7 language immersion policy for more than 100 years. Following students’ arrival at the picturesque and squirrel-abundant campus, students pledge to communicate only in their language of study throughout the program. For sure, this peculiar method results in the rapid acquisition of linguistic fluency, accompanied by days filled with questions about one’s identity and other languages. Being hundreds of miles away from my hometown of Izmir, Turkey, in the middle of last summer’s failed military coup, the Middlebury experience made me question my identity, sense of belonging, and my relationship with languages—the ones that I know, and the ones I am still learning. 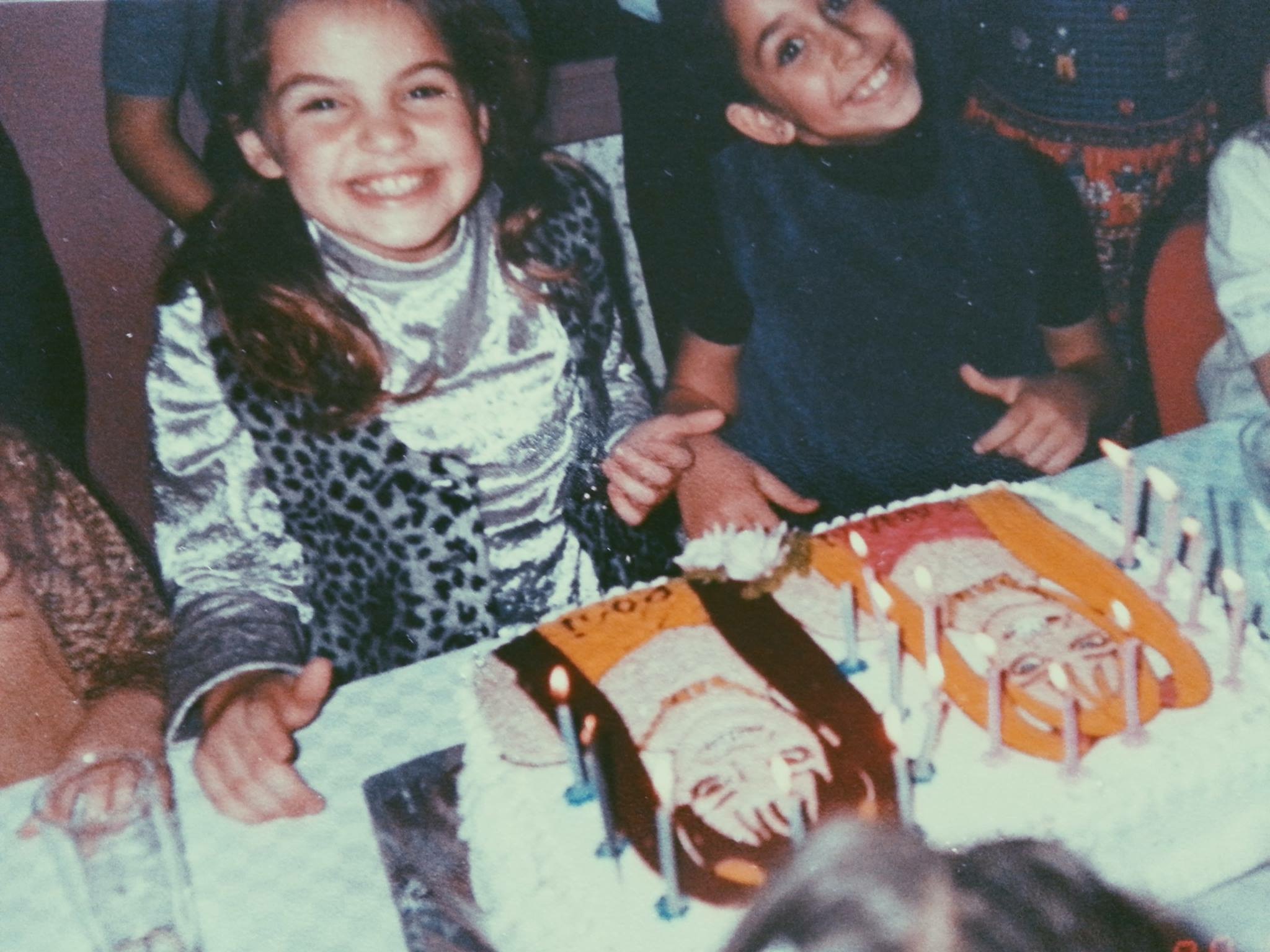 Barred from speaking Turkish and English at Middlebury, my thoughts turned to Rozi, my childhood best friend, and her adventure which started a couple of years ago with her decision to make aliyah and move to Israel. Born and raised in a Jewish community in Turkey, Hebrew was a language both familiar and alien to her. I had several questions about her experience with Hebrew in Israel: What happens to us and our identities, when we arrive in new places and simultaneously struggle with new words, sounds, and expressions? On a more micro level, what happened to my Izmirli identity while living in a small New England town with feeble connections to Turkish; and what happened to Rozi’s Izmirli Jewish identity as she settled in Israel? How did Hebrew treat us with its strong “kaf”s and melodic “ayins”s?

Our conversation started with Rozi telling me about her experience with Hebrew and how it shaped her interaction with the Israeli cities and fellow Israelis:

“I studied Hebrew lightly in college for three semesters, an hour a day, getting good grades and learning the basics. When I first came here for half a year, I brushed up on the basic skills but I was still not very good outside of day-to-day conversations. Following an intensive six-month course, and pushing myself with more courses, speaking to Israelis (especially with Israeli friends, family and colleagues) in Hebrew as much as possible, I now understand higher-level conversations well, my reading, writing and speaking have significantly advanced, and I have a working professional knowledge specifically in social policy terminology. Overall, language has a big role in who you make friends with, and the depth of your friendship. We are lucky that this country is made up of a lot of immigrants, and locals are used to having people around without full knowledge of the language. In fact, many will tell you that their grandparents or parents speak like a new immigrant (or they did at some point). So in short, if you know how to explain your new immigrant status and you are willing to improve, many people will have a lot of empathy and patience to speak with you, help you learn, and laugh together with you when you make funny mistakes!”

What It Means to be from Izmir, Turkey

I was curious about the transformation of local identities once they are transplanted into a new space. Therefore, I asked Rozi about her Izmirli identity. What does being an Izmirli mean to her? At that, what makes Izmirli Jewish identity different than other Jewish experiences? She replied,

“Izmir is home. The streets, the food, the faces, the people, the sun, the vibe, the hustle and bustle of cars and buses and day-to-day living, the bay – it’s all Izmir to me. Also the stories of my parents and grandmother growing up in all corners of Izmir and the area make me feel home in Izmir. It’s a different feeling than any place I have lived in. When I am in Izmir, I feel like I am in my strong community; even when I am far away in Jerusalem, or Boston, or wherever I go, I first identify with my community in Izmir as my community.”

“The Jewish experience is diverse around the world, it has different components. At Brandeis, where I got my BA, I was exposed to different Jewish movements that don’t quite exist in the same way back home. I got to meet people who expressed their identity in different ways. In Izmir, we had traditional avenues for Jewish expression and they continue to be there – and I appreciated them growing up. In short, for me, Izmir is where Jewish history is alive. A lot of my friends have family who only go back a few generations where they are currently living. In many communities in Israel and in the States, families have been uprooted or have left their homes quite recently. However, my family has been living in Izmir for as long as I know (they likely moved to Izmir in the 15th or 16th century, and some may have been there from the Roman era). For instance, I don’t even know the name of one family member from my parent’s generation and above who was not born in Izmir or in the surrounding area. That’s quite powerful and unique.”

It is apparent that, as we move around the world, we all carry bits and pieces from our hometown as a reminder, as a safe haven. They can be in the form of your grandmother’s pastries stuffed with feta cheese, or an arabesk song to help you handle the struggles of daily life. I was curious about Rozi’s reminders of her life in Izmir now that she lives in Israel. She responded,

“The food. I miss food back home so much. This was especially emphasized during my time in the States – the food was so different, so I learned how to cook my mother’s food – borekas, Shabbat dinner staples like fritada and tomato rice and so on – just because I would miss food from home so much, and I wouldn’t want to wait until visiting Izmir to have them! On the other hand, this also gave me the opportunity to explore other cuisines.”

Identity, in all its aspects, is a tricky subject. I agreed with Rozi when she emphasized, “I don’t separate my identity into parts where there is the Izmirli identity, Israeli identity, etc. All of my experiences in Izmir, Istanbul, Boston, Jerusalem, Tel Aviv or during travels – they have all shaped who I am today, and I am thankful for it. To answer your question more specifically, when people ask me where I am from, I say I am from Turkey – and many hope I am from Antalya because many Israelis have visited that city and often recount how similar the climate and vibe are with Eilat. So when they ask which city I am from, I tell them that I am from Izmir, the third largest city of Turkey on the coast with Greece – which gives people a general idea. Some know it well, and some don’t at all.”

Local Identities Stay with Us 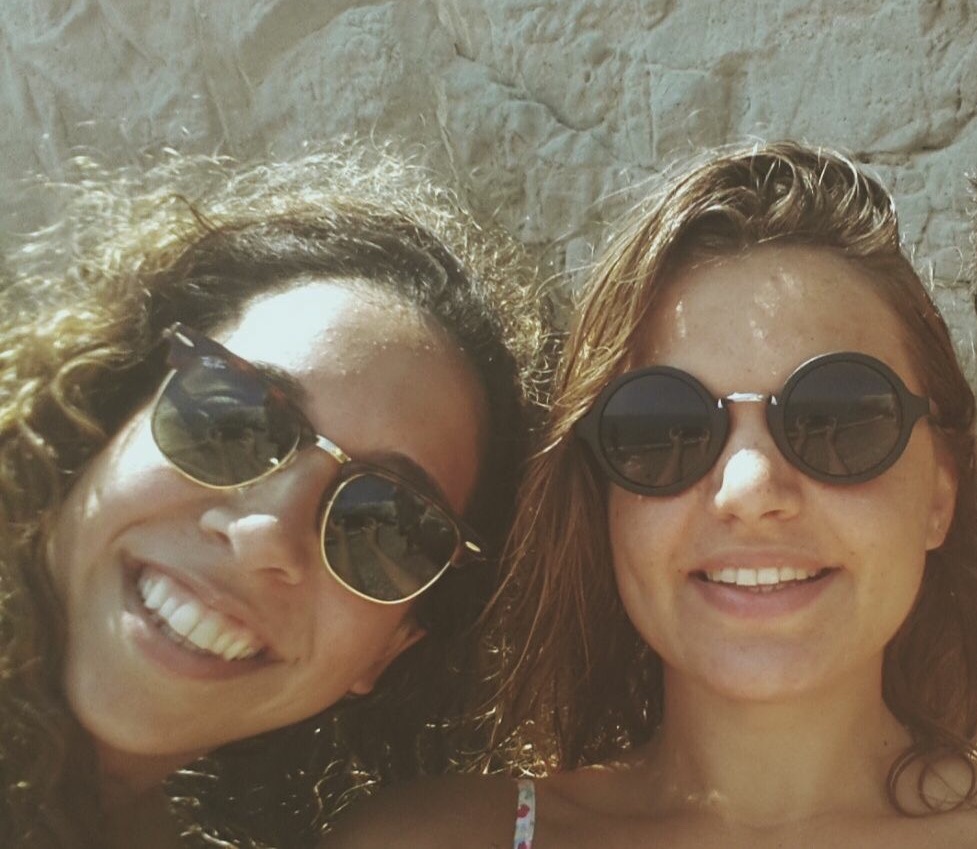 The author (pictured right) with her friend today.

As we ended our talk, Rozi added, “There is one thing though I will say – although I moved away from Izmir, I never felt like I left Izmir behind. I think about Izmir, talk about Izmir, read about Izmir and visit Izmir all the time. I didn’t leave it behind.” This made me realize once more that since I left my hometown in 2007, Izmir has always been there for me as well; not only via borekas and the Turkish language, but also through my academic research and even through my best procrastination activity: following the local news of Izmir. Moreover, Izmir kept appearing through my accent as I spoke other languages and through my daily frustration with the rainy Seattle weather during my time at the UW. Therefore, it can be said that our local identities never really leave us.

As I took the last sip from my Turkish coffee with mastic, Rozi and I ended our conversation with the hope of speaking again soon, but maybe in Hebrew the next time.

At Middlebury this past summer, when I felt most distant from Izmir on many levels, the city was still there in my excitement when I saw the “Mediterranean salad” with orange zest which was identical to my mother’s recipe. It was there also when I was able to pick out Ladino words in Hebrew vocabulary lists. And my struggle with Hebrew was so identical to my struggle when I first left home for college, ten years ago. This time, though, Hebrew was the safe haven in which I could fail a thousand times, offering the same kindness that Istanbul offered me ten years ago as I tried to make my way through the labyrinth-like streets of old Constantinople.

As I continue learning Hebrew at UW, the possibility of delving into Hebrew literature sometime soon excites me the most. As you can guess by now, I will be tracing my hometown in the lines of Israeli authors.

Canan Bolel is a third-year PhD student in the Interdisciplinary Program in Near and Middle Eastern Studies in the Henry M. Jackson School of International Studies, University of Washington. In 2011 she obtained a BA degree in Economics and in 2013, MA degree in Political Science. In 2013 she moved to United Kingdom and started a Msc degree in Sociology at the London School of Economics and Political Science. Her dissertation focuses on the experience of poverty and policies of intracommunal exclusion in the Jewish community of Izmir during the nineteenth century.