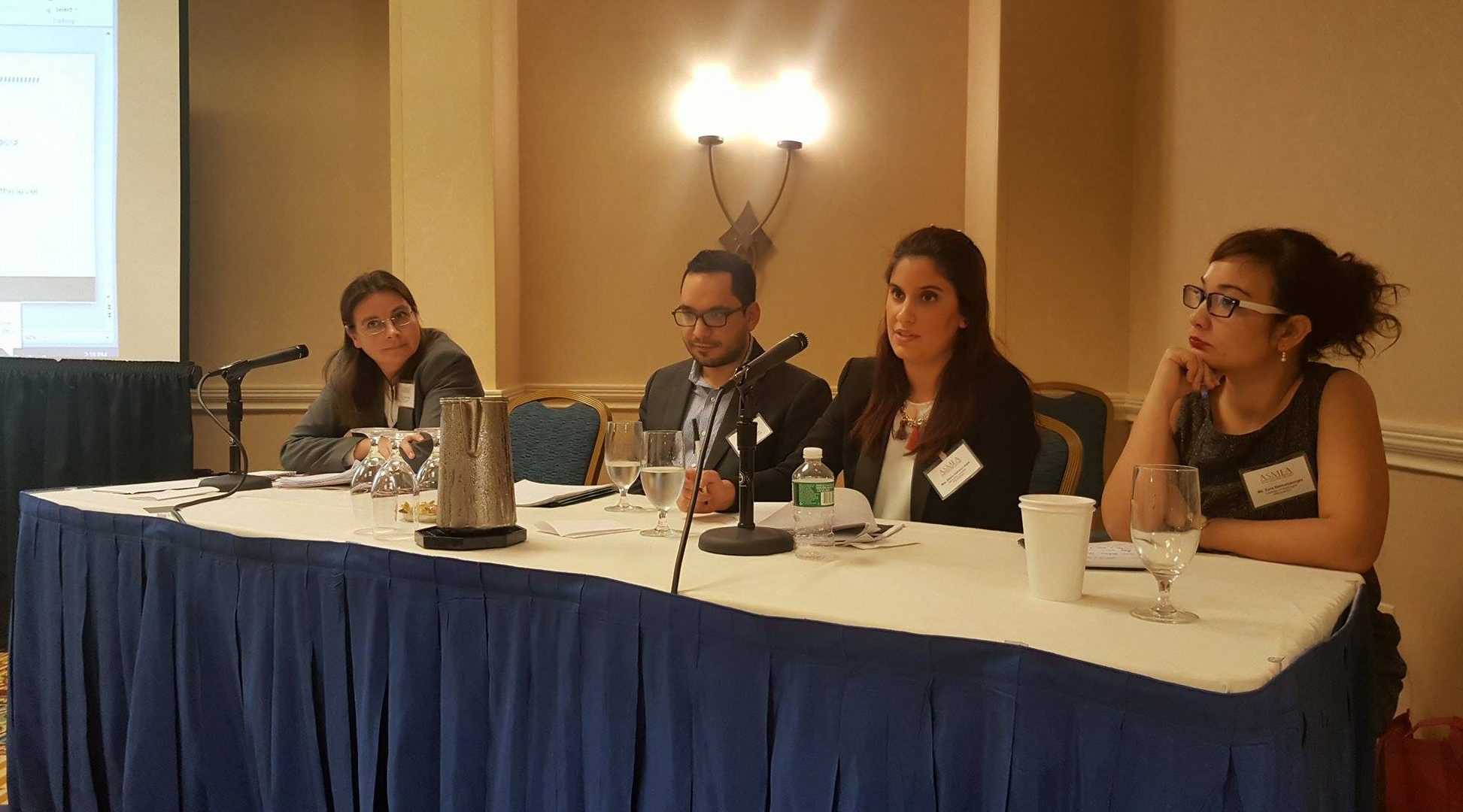 Esra Bakkalbasioglu, a PhD student in Interdisciplinary Near and Middle Eastern Studies, presented at the Association for the Studies of the Middle East and Africa (ASMEA)’s 9th Annual Meeting.

If, as many writers say, writing is a lonely struggle, writing a Ph.D. dissertation might be considered an exacerbated version of it. First, while many dissertation writers may be excellent researchers and teachers, they are not necessarily experienced writers. They may have thought-provoking and exciting ideas but lack the skills to express them on paper. Second, considering that, most of the time, dissertation writers are younger and less experienced that the established figures in their fields—some of whom might be their advisers and primary readers—Ph.D. students are necessarily writing to prove their worth and insights to veteran audiences. As a result, many dissertation writers may question their writing skills: Does what I wrote make sense? Is my argument good enough?

For these reasons, it is crucial for students writing dissertations to participate in conferences where they can present parts of their work and receive feedback. Reactions and comments that they get during conferences help them learn how to better express and frame their findings, and see their projects through the eyes of their audiences. Thus, conferences can serve as both extensions and determinants of a student’s writing and argument-making process.

The Stroum Center for Jewish Studies Opportunity Grant that I received in Autumn 2016 helped me attend the Association for the Studies of the Middle East and Africa (ASMEA)’s 9th Annual Meeting, which took place in Washington D.C. in October. At the conference, I presented my work and received feedback that helped me sharpen my arguments and to learn how to frame and present them. I presented on my dissertation, which I began as a Stroum Jewish Center Graduate Fellow during 2013-2014. As a Graduate Fellow, I began a project focusing on the distribution of basic infrastructure in the Negev region of Israel and how these distribution policies affect the Bedouin’s relation and perception of the state. In the following years, this initial project evolved into my dissertation, in which I compare Turkey and Israel’s infrastructure distribution and access struggles in minority localities. Thanks to a significant grant from Oxford University Center for Urban and Regional Studies, I had the opportunity to conduct a year and a half of field research on infrastructure distribution and state-minority relations in the Negev region of Israel and Southeast Anatolia region of Turkey.

I believe that my “comparativist” approach to can contribute to regional as well as global discussions and thus also enrich the field of Israel Studies. By comparing the state-minority citizens’ relations in both Israel and Turkey, I aim to contribute to ongoing debates regarding citizenship and distributive politics in ethnically mixed political spaces, and place Israel in a broader picture.

I am grateful to the Stroum Center for granting me an Opportunity Grant. By attending the AMSEA conference, I was not only able receive feedback on my arguments but was also able to establish new relationships with other academics around the country who work on similar topics and ask similar questions to mine in different contexts. The experience was rewarding, and reminded me that while writing can, at times, be a lonely task, it a powerful one that can ultimately bring people together.

Esra Bakkalbasioglu is a PhD student in Interdisciplinary Near and Middle Eastern Studies. Her work focuses on Turkey and Israel and state-minority struggles. She is the 2016 Robert and Pamela Center Fellow at the Stroum Center.