The good goods: Smuggling between Israel and the Palestinian Territories 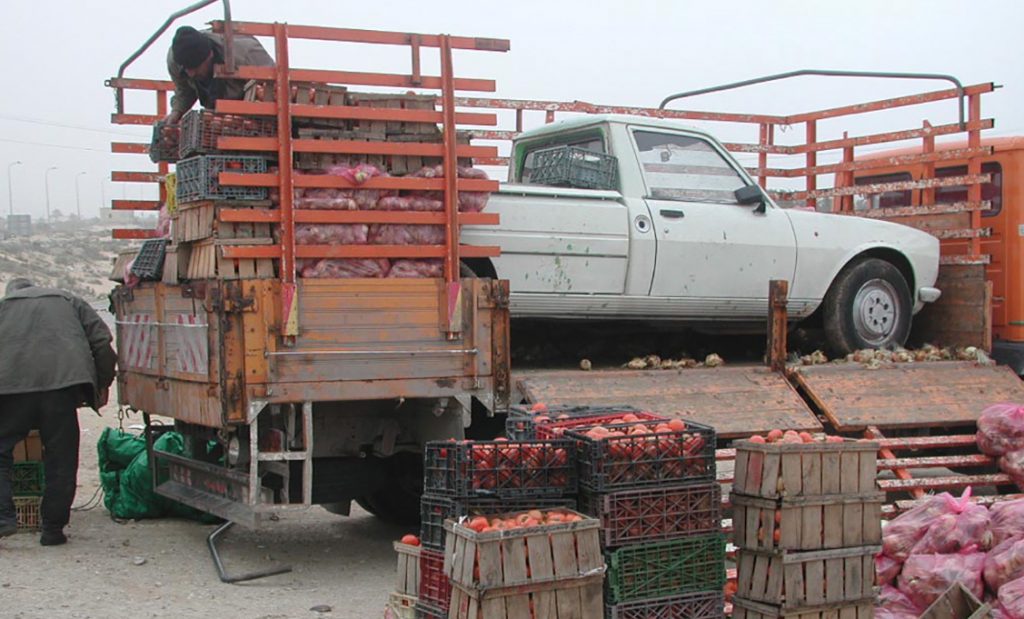 A vegetable truck attempting to smuggle a smaller truck into the Gaza Strip across an Israeli checkpoint. Photo via the Israel Defense Forces.

In my research, I am specifically looking at the smuggling of common daily goods like food items and portable technologies, which, despite Israeli and Palestinian governmental efforts to frame as national security issues, actually fill gaps in consumers’ needs. When we look at smuggling through this lens, it can be seen as a method of achieving intercommunal economic relations despite the current governmental restrictions on trade.

Smuggling between Israel and the Palestinian Territories

The smuggling networks operating between Israel and the Palestinian Territories include Israelis, Palestinians, Jews, and Arabs working together for mutual financial gain, while simultaneously challenging the authorities on both sides of the border to keep up. Smugglers employ a wide range of tactics to transport goods illegally across the Israeli-Palestinian borders, including false compartments in cars, the infamous Gazan tunnels, and even simply throwing small packages over shorter sections of the border wall. Despite the fortified border fence separating Israel and the West Bank, and the blockade of Gaza, both Israelis and Palestinians find ways to circumvent these restrictions to meet the needs of their customers. 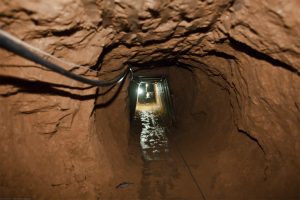 While it is impossible to know the total amount of smuggled goods traveling between Israel and the Palestinian Territories, we can gauge the prevalence of smuggling through a series of specific examples. For example, when we examine smuggling between Israel and the Gaza Strip, the Israeli Coordinator of Government Activities in the Territories (COGAT) uncovered 1,226 smuggling attempts at a single border crossing in 2017. On the other side of the border, the Gazan businessmen estimated that trade through the underground tunnels resulted in $700 million of business annually, as of 2011. Some of the commodities that are regularly smuggled between Israel and the Palestinian Territories are food items, small electronic devices, cars, tobacco, and prescription drugs.

One common product that smugglers illegally trade into Israel from the Palestinian Territories is butchered meat. Smugglers seek to profit off selling meat around the times of religious holidays, when meat consumption in Israel increases. Many of these meat smugglers rely on complicated relationships between Israelis and Palestinians on both sides of the border.

Israeli officials uncovered a massive meat-smuggling operation in 2016 that led to the seizure of over 30 tons of meat and nine arrests. Smugglers transported the meat from South America to the port of Haifa under the pretext that the meat would be sold within the West Bank. After the meat legally entered the Palestinian Territories, it was illegally redirected back to Israel with fake kashrut labels that claimed the meat was prepared in accordance with Jewish dietary laws. Police arrested the Israeli Arab meat distributor involved with the scheme, who sold much of the meat to high-end restaurants around Tel Aviv.

The meat in question passed through Israeli checkpoints multiple times, hidden behind false walls in refrigerated trucks. An Israeli official from the Ministry of Agriculture and Rural Development later posted on Facebook that from 2013 to mid-2016 the ministry captured around 730 tons of smuggled meat in Israel. While there was no indication the meat was tainted in any way, the Ministry of Agriculture and Rural Development confiscated and destroyed it because it had not been inspected properly by the ministry before entering the Israeli market.

In an increasingly digital world where new models of cell phones come out every year, Palestinians struggle to keep up technologically, despite their proximity to the technological hubs in Israel. Many Palestinians utilize Israeli SIM cards, smuggled into both the West Bank and Gaza, to stay as up-to-date as possible. At the same time, Israeli companies do not seem to discourage Palestinians from using their SIM cards, as they continue to boost their signal strengths, reaching further into Palestinian-administered territory. 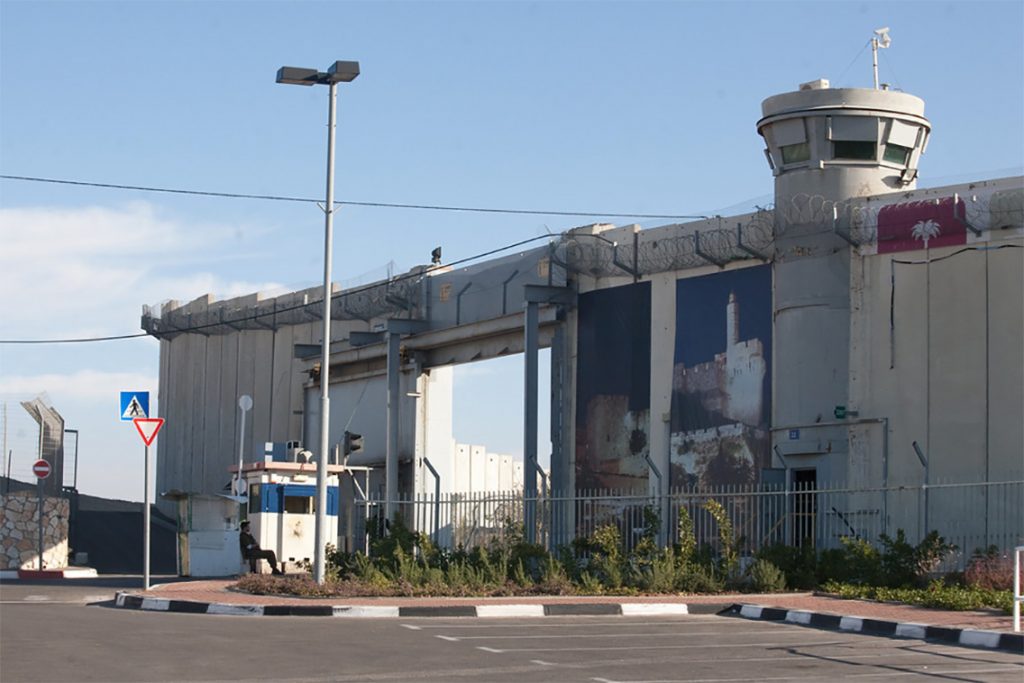 Due to Israeli restrictions on Palestinian telecommunication capabilities, Palestinian telephone companies such as Jawwal and Ooredoo cannot use the newest technologies, which are commonplace in Israel. An example of these restrictions can be seen with the Jawwal phone company, which only began offering 3G services to their West Bank customers in 2018, when the superior 4G service was already common in Israel. For comparison, 3G services were available to nearly all Israelis in 2007.

Because of this discrepancy, many Palestinians opt to use illegally smuggled Israeli-made SIM cards, to benefit from the faster speeds and increased array of features available to Israeli consumers. The Palestinian Authority (PA) in the West Bank estimates around 20% of phones used in the West Bank function with illegal Israeli SIM cards. The Palestinian Deputy Minister of Telecom and Information Technology estimated that the cost of smuggled SIM cards was between $450 million and $1 billion in lost tax revenue between 2015 and 2018,.

SIM card smugglers also transport their goods into the Gaza Strip, where Israel restricts internet access to 2G services. In both the Gaza Strip and the West Bank, Palestinian officials warn of the security risk posed by using Israeli SIM cards, such as a feature of 3G SIM cards allowing GPS tracking. Despite these security risks, the convenience of better internet access at reasonable rates continues to drive Palestinians to opt for smuggled Israeli SIM cards.

The two cases above show that Israelis and Palestinians can benefit from commodities made in each other’s territories, even though their respective governments code these foreign commodities as security risks. If Palestinians adhered to their government’s rulings on using Israeli SIM cards, they would be at a disadvantage, sacrificing the digital performance of their phones. Similarly, if the Israeli border guards were able to fully stop all illegal meat from entering Israeli markets, the Israeli consumer would face higher prices for meat, especially during the stressful holiday seasons.

Bret Windhauser received his master’s from the Department of Near Eastern Languages and Civilization in 2020. Before coming to Seattle, he double-majored in French and international and global studies at Sewanee: The University of the South. He has researched refugee movement and smuggling networks between Europe and the Middle East, based on time he spent in the jungle camp in Calais, France, where networks smuggled goods and people between France and the UK. His M.A. thesis focused on smuggling networks that operate between Israel and the Palestinian Territories and the issues they create for state-building.