Finding a Foreign Policy Niche between Israel and Jordan 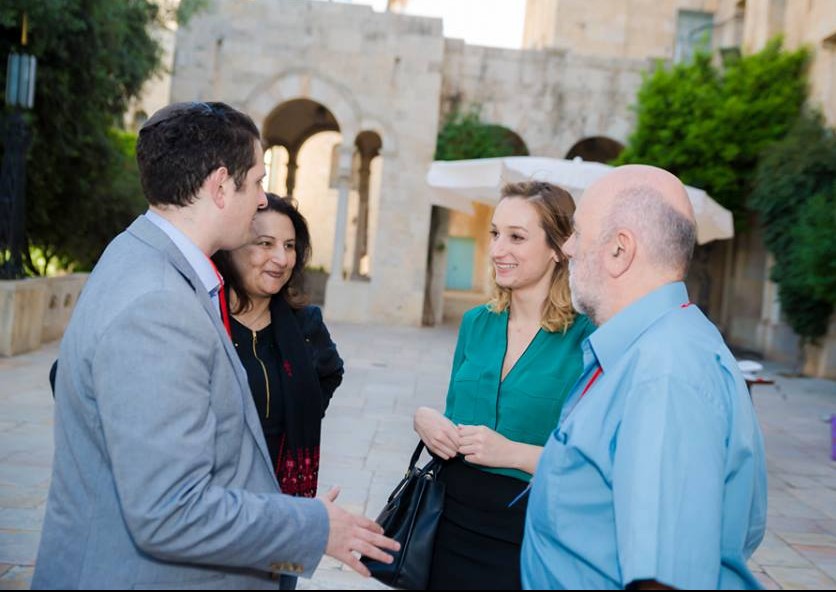 I am an Iranian-American born to Kurdish parents in Tehran. Currently, I am pursuing my master’s degree in Islamic and Middle East studies at the Hebrew University in Jerusalem. I have bachelor’s degree in political science and international security from University of Washington (Class of 2015). In the past few years, I have dedicated a significant amount of time to studying, traveling and analyzing the Middle East, particularly the ongoing issues of energy cooperation and energy security between Israel and Jordan. [/fusion_builder_column]

[Editor’s note: See our Fall 2014 profile, “Shirin Lotfi is a Global Citizen with a Bright Future.”]

Jordan interests me because of its ability to maintain amicable relations with almost all of the Middle East, including some of the competing major powers such as Iran, Israel, and Turkey. The Middle East dominates our news headlines today, and its languages and cultures have influenced world history for centuries. Within the last four years, Jordan has sheltered over a million Syrian refugees, and in the past, it has integrated a large number of Palestinian refugees into its population. Jordan boasts a pluralistic society, incorporating both ethnic and religious minorities, and maintains this balance not with a democracy, but rather with a monarchy. This level of tolerance has likely contributed greatly to its very successful peace that it maintains with Israel. For all of these achievements, Jordan is a country that retains a low profile and has not seen the unrest that has plagued the rest of the Middle East.

My involvement with Jordan started in 2013, when I received a UW Jewish Studies grant to do research in Jordan. Later, in 2014, I read an article in the news about the Center for Israel Studies (CIS) in Amman, Jordan. I was so amazed to hear about such a center, especially since talking about Israel in Arab countries is considered taboo. I emailed Dr. Abdullah Swalha, founder and director of CIS-Amman, to congratulate him on establishing such a unique and vital center in Jordan. One thing led to another, I was interviewed on Skype, and now I happily work for the CIS from Jerusalem.

A Unique Center for Israel Studies

The Center for Israel Studies in Amman is a Jordanian think tank established in late 2014. It is currently the only Arab non-government organization that conducts research on Israeli affairs. Dr. Swalha, the center’s director, was born in Irbid, Jordan. He is Secretary of the Jordanian Political Science Association, JPSA, and he is also Member of the Jordan Transparency Center, JTC. Before establishing CIS, Dr. Swalha received his PhD from Cairo University. His research focuses on religion and democracy in Israel, Israeli decision making processes, the Palestinian political process, comparative political science, democratic transition, and religion and state. 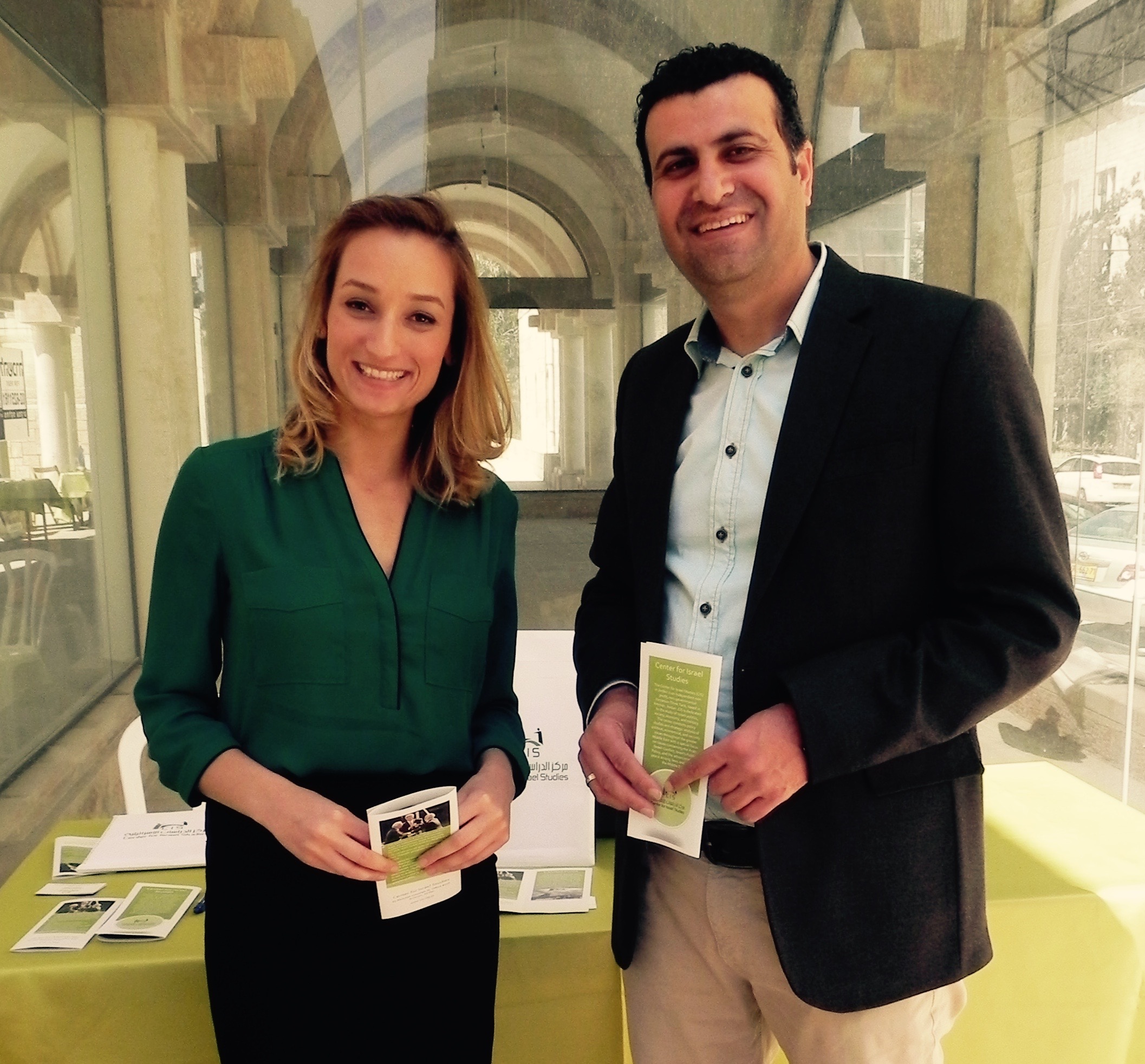 Shirin Lotfi is the Assistant Director and Dr. Abdullah Swalha is the director of CIS Jordan.

CIS was created to combat media misinformation surrounding the Jewish state and the Israeli-Palestinian conflict by presenting an alternative, neutrality-driven view of Israel in Arabic for Jordan’s decision makers, journalists and the wider public. The idea is not to beautify the image of Israel, but to speak objectively about Israel in the Arab world. Israel plays a crucial part in Middle Eastern affairs, and it is the only country that speaks Hebrew in a region dominated by the Arabic language. The Center’s goal is to build a multifaceted field of Israel Studies in Jordan and expand the opportunities for a deeper understanding of Israel in all Arab states. Examples of current projects include policy studies and strategic analyses of political, economic and security issues throughout the greater Middle East, with a specific focus on issues concerning Arab-Israeli conflict, Israel’s public policy, and the advancement of peace among the Jews and Arabs in the Middle East.

Though independent, the CIS seeks to provide strategy analysis and recommendations to the Jordanian government — both to shape foreign policy vis-à-vis Israel, and to widen Jordan’s involvement in a binding rapprochement between Israel and the Palestinian Authority. The organization supports a two-state solution with an independent, democratic viable Palestinian state living side-by-side with Israel and its other neighbors. Partner institutions include the Institute for National Security Studies (Israel), the Moshe Dayan Center, the Western Galilee College, the Israeli Institute for Regional Foreign Policy also known as Mitvim, Bar-Ilan University, the American Jewish Committee, and the University of Jordan.

As the Assistant Director of CIS, I am currently working from Jerusalem in order to bridge the gap between the Israeli participants and the Jordanian participants. Much of my work revolves around meeting with donors, NGOs, politicians, public figures, Israeli ministries, press, and embassies inside and outside of Israel. This year, we are launching our very first set of projects, including bringing a delegation of Jordanian graduate students to Israel for one week in order to familiarize them with the everyday life, culture, and internal politics of Israel (see this recent article)

Furthermore, we are in the process of translating and publishing academic and literary Hebrew books; for example, we are translating Shimon Shamir’s book, The Rise and Decline of the Warm Peace with Jordan: Israeli Diplomacy in the Hussein Years, into Arabic and distributing copies among the Jordanian public universities. Additionally, CIS conducts surveys and public opinion polls, as well as hosting academic seminars, student exchanges, and workshops to foster a more complete understanding between Israel and Jordan. In the near future, we plan to work with universities across the U.S., including the University of Washington, to bring students to our center to familiarize them with our work. My hope is to provide them with an unforgettable 10-day program travelling throughout the country and learning about the shared history between Israel and Jordan from a Jordanian perspective.

You can find out more at the CIS Facebook page, which posts in Arabic and English.

Shirin Lotfi is a graduate of the University of Washington and a former member of the Jewish Studies Student Committee. An International Security and Political Science major at UW, she took Jewish Studies coursework and served on the Jackson School Peer Review for its quarterly journal. Shirin is currently working on her master’s degree in Islamic and Middle East Studies at the Hebrew University in Jerusalem. She is the Assistant Director of the Center for Israel Studies in Amman, Jordan, and recently represented the organization at the American Jewish Committee’s Global Forum in Washington, DC.