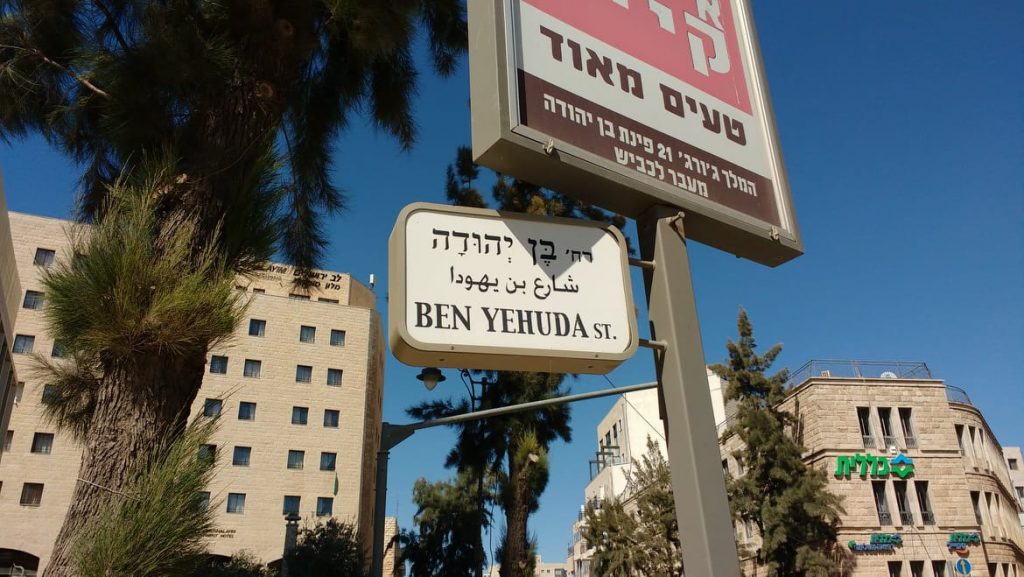 “I decided learning [insert foreign language here] wasn’t really worth my time. I don’t know when I would ever use it.”

“I took a little bit of Spanish in high school, but I’m not an international studies or Latino studies major, so I really had no reason to keep it up in college.”

Almost all of us have either heard a variation of these statements or used this reasoning ourselves when deciding to forego becoming proficient in a foreign language. In fact, when I got to the University of Washington and realized that my two and a half years of Spanish from high school wouldn’t be enough to satisfy my foreign language requirement, I felt cheated.

Why should I have to learn something irrelevant to my interests or career goals? I brooded to myself, still trying to contrive some way I could avoid taking another quarter of language. Throughout this past year and especially this summer, however, a variety of powerful experiences has shown me just how fundamentally incomplete this view of mine was.

Through an Opportunity Grant from the Stroum Center for Jewish Studies, I had the opportunity to spend the majority of my summer living, attending language classes, and conducting research in arguably one of the most complicated and unique countries on earth, the state of Israel. As a Christian and someone interested in Jewish culture, I figured learning modern Hebrew would be a way for me to explore my religious roots and also pick up a few facts about Jewish culture along the way. 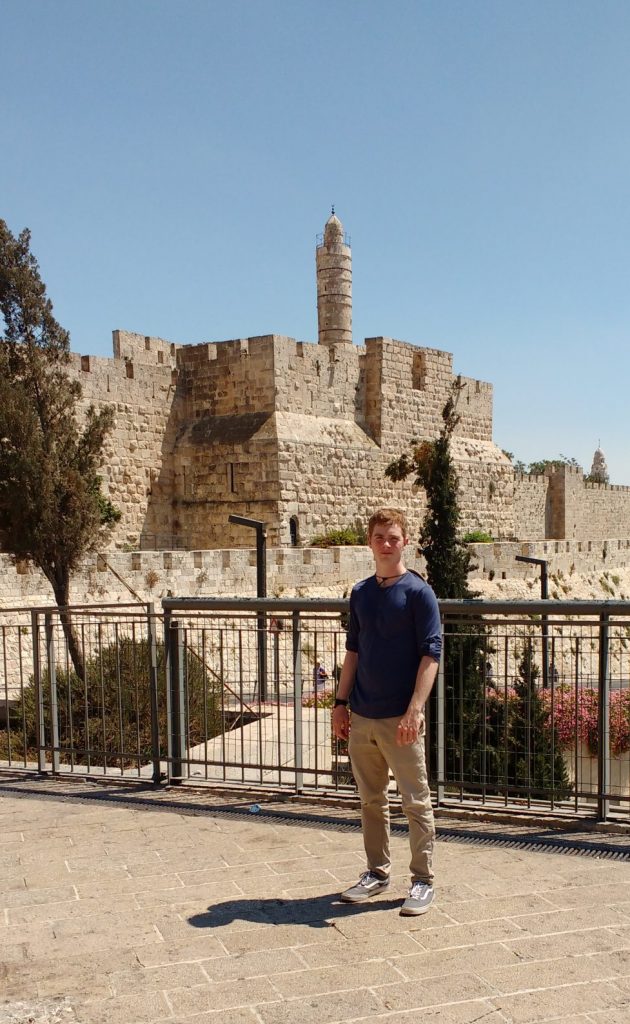 Overlooking the Old City in Jerusalem, near Mamilla Avenue

As I stepped off the plane at Ben Gurion airport in Tel Aviv, I was blasted by a wall of humidity and temperatures in the low 90s — a “mild” day, I was told. For five hours a day for the next six weeks, I sat in a classroom full of students from countries ranging from Morocco and Germany to Brazil and India, all here to learn modern Hebrew. For much of that first week, I couldn’t help but wonder:

Why would they spend their summers learning a language that would seemingly only be useful when talking with people from one tiny country in the Middle East?

I attempted to answer this very question as part of my research project, conducting interviews with many of these classmates in order to gain a more complete picture of reasons that people learn Hebrew in the modern era. One conversation with a friend from Switzerland sticks out to me in particular. Expecting to be enlightened on her religious background or some previously unknown role of Hebrew in Swiss culture, I asked her simply why Hebrew mattered to her. Her answer ended up embodying one of my most important realizations all summer:

“Hebrew is not just a language of a place. Hebrew is a key into a group of people, a rich history, a religion, and a culture. But it’s more than a key; it is a lens.”

With the growth of technology, we are more capable than ever of translating nearly anything into our native tongue, with even real-time handheld voice translators. Many of us fail to recognize, however, that language is so much more than a tool to get our point across. Each language carries a new understanding, empathy, awareness, attitude, and worldview that simply cannot be gained in any other way, no matter how many years one spends in ethnic studies courses or how many books one feeds into Google Translate.

To illustrate this point, I will use both a historical example and personal one. As an aspect of my research project, I read and analyzed three books dealing with the revival of the Hebrew language in the 19th and 20th centuries: “Modern Hebrew” by Norman Berdichevsky, “Resurrecting Hebrew” by Ilan Stavans, and Benjamin Harshav’s “Language in Time of Revolution.”

I was quickly made aware of the immense and often overlooked power of language. Amidst a cornucopia of different cultural practices, lifestyles, and languages among Jews from across the globe immigrating to the region of Palestine, Hebrew offered a sense of shared identity, cultural, and destiny. As Berdichevsky puts it, “It is largely language, the common medium of discourse, that transforms legal abstractions such as citizenship into a living flesh-and-blood community,” helping to ensure the success of these early Jewish communities. 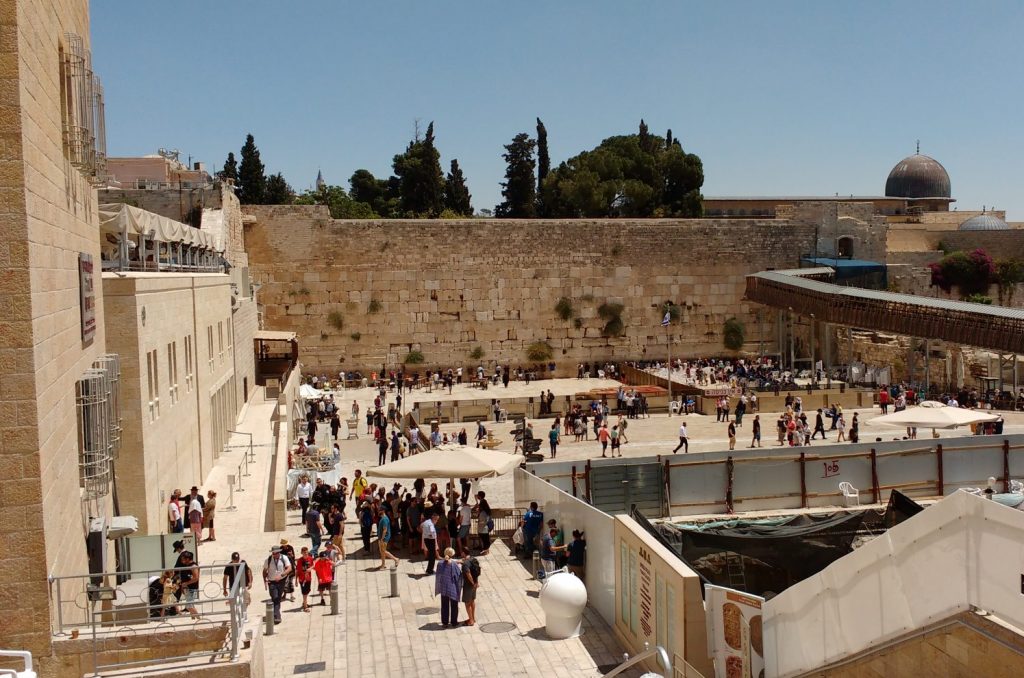 Western (Wailing) Wall in the Old City in Jerusalem

During my own term in Israel, I was surprised by how easy it was to find a group of English-speaking friends and sometimes even university classes taught in English. Despite this convenience, I was determined to regularly spend time engaging in meaningful conversations with native Tel Avivians, members of the Israeli Defense Forces, professors, and many other Israelis in Hebrew. Only during these conversations did I ever feel that I was gaining a “feel for the neighborhood,” or truly feel that I could come closer to putting myself in the shoes of someone who has lived in Israel for years. I could hear first-hand accounts of what Israelis really felt and thought in their mother tongue, instead of simply reading about it in a book written and tailored for an English audience.

Here’s an illustrative example with a casual statement from a friend of mine one afternoon:

If you were to put that into an online translator (go ahead!), you would think my friend is not only expressing deep agony, but also refusing to meet with someone. In reality, this sentence is one of the highest forms of excitement, expressing my friend’s anticipation for a date, and noting the man’s effective persistence in impressing her. Without a working knowledge of the language, not only would the expression be utterly perplexing, but the listener would also miss out on the word “chutzpah,” a word that can be loosely translated “gall” or “rudeness” but is also often used to describe the more blunt and direct aspects of Israeli attitude.

From slang phrases to words without direct translations, language carries with it a rich historical and contemporary repository of culture.

In essence, a new language offered me the opportunity to wipe some of my own cultural slate clean and experience life through a different paradigm that one simply cannot acquire in a classroom. It is only in this state that I could begin to feel, on a deep level, just how much I was missing when existing only in an English bubble.

Language has the power to build trust and bind communities together; it affords us the opportunity to interact in a culture’s own medium and perspective. In the words of Ilan Stavans in describing his own journey, Hebrew was never merely “a system of sounds; it was an existential condition, a way of being, of establishing contact with others, with God, and with myself.” And most importantly, in an age of so much division, language can provide us an important level of empathy and cultural awareness vital to overcoming the barriers that still exist between different communities in our own country, state, city, and university.

Learn more about the Stroum Center’s Opportunity Grants, which support language learning, study abroad, and research opportunities, and about learning modern Hebrew at the University of Washington. 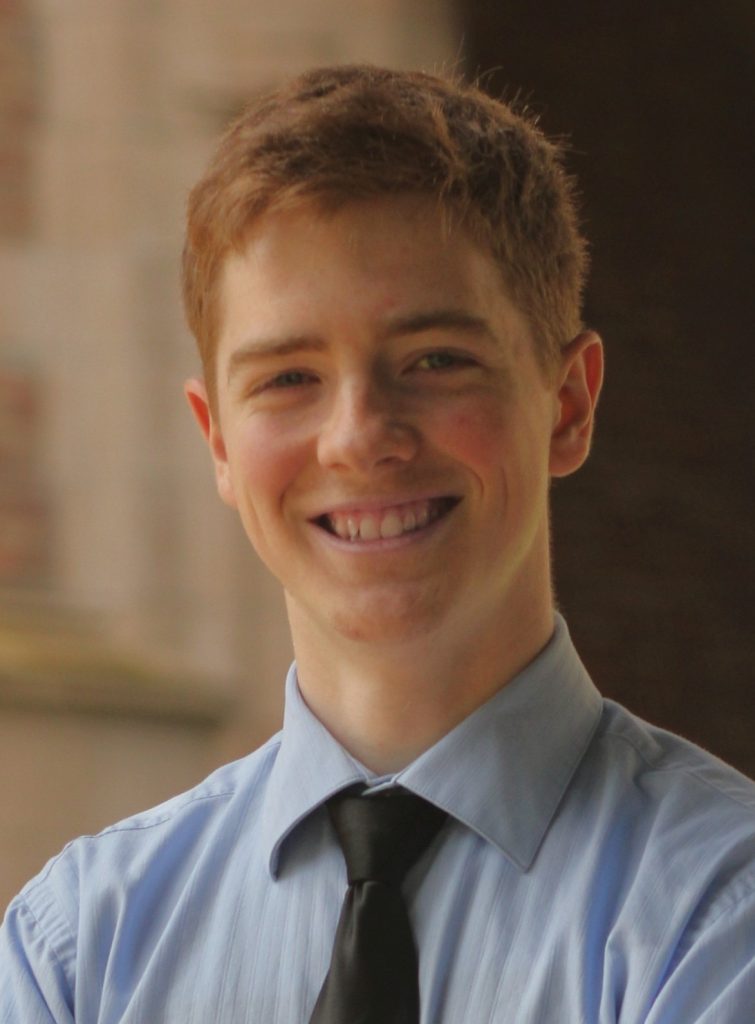 Alex Peterson is a junior in the interdisciplinary honors program at the University of Washington studying economics and statistics. During his time at UW, Alex has been heavily involved in the ASUW student government, has conducted undergraduate research on national police violence in the department of statistics, and was selected as a Fulbright Summer Institutes Scholar to the University of London in his sophomore year. Alex hopes to attend law school after graduation and eventually pursue a career in public service.