Freud, Said, and the question of Jewish identity after the Holocaust 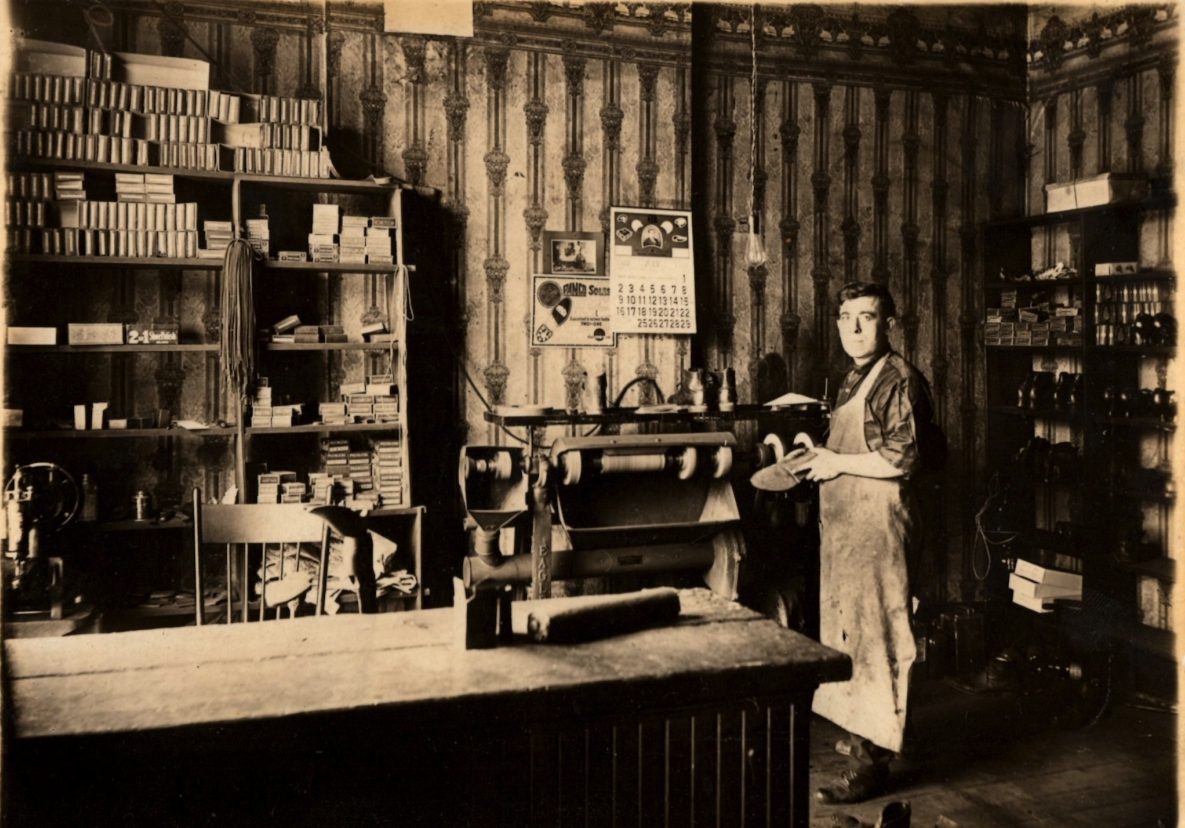 The author’s great-grandfather, Samuel Barr, at his cobbler shop in Chicago, 1922. Image via private family collection.

Last autumn, I decided to teach a new book for the conclusion of my intellectual history class on ideas of “community.” I had stumbled across a copy of Edward W. Said’s Freud and the Non-European, a slim volume based on a lecture that he presented at the Freud Museum in London several years before his death in 2003. I’d never taught Said before, but the text tied together beautifully many of the figures we would be studying: Karl Marx, Theodor W. Adorno, Frantz Fanon, and, of course, Sigmund Freud, of whom Said had been a longtime reader.

The book also demonstrates how seemingly arcane theoretical questions can be brought to bear on contemporary issues in ways that challenge conventional oppositions. In a 2000 Ha’aretz interview with Ari Shavit, Said called himself “the last Jewish intellectual”—seemingly a provocative claim for a persistent critic and political activist regarding Israel’s treatment of the Palestinians. Yet his lecture is a moving reading of Freud’s own ambivalent Jewish identity, the historical limits of his Eurocentric vision, and a critical but capacious interpretation of the entangled histories of the Jewish and Palestinian peoples. Ultimately, it is a profound meditation on the constitution of communities.

Said’s self-label, moreover, struck a chord with me, as an outsider who has devoted much of my efforts to studying Jewish European intellectuals. European intellectual history is a field that has long appealed to Jewish American historians because its objects of study can place the scholar inside and outside of the canonical Western tradition; it is a hybrid discipline fostering both identification and critique. I too am captivated by the positions that Jewish intellectuals developed as social critics, whose experiences of marginalization produced insights about the mechanisms of social exclusion and domination.

Freud was the subject of my undergraduate thesis at UW, and as a graduate student, I was drawn especially to the figures of the Frankfurt School (Adorno, Max Horkheimer, Herbert Marcuse, etc.), who came overwhelmingly from German-Jewish backgrounds. But it was primarily by way of Marxist thought that I made my way to what they called Critical Theory, rather than through Judaism as a religious tradition or cultural heritage. I come from a thoroughly secular family background: my Dutch mother is a fallen Protestant (originally French Huguenot, we are told), and my father, raised in Berkeley in the 1950s and 1960s by a freethinking divorcée, is an avowed atheist.

Religious traditions and identities were therefore not parts of my upbringing in Seattle. As a young adult, however, I learned that my paternal grandfather’s parents were Jewish. My grandfather had remarried and converted to Catholicism, and he was reticent about discussing these roots with his children. He even changed his name to John from Milton—perhaps an understandable decision in mid-century America. As a history student, his life story interested me, but I knew almost nothing about my great-grandparents, aside from the fact that they had made their way to Chicago from Eastern Europe in the early 20th century.

Traces of a family’s past

The 1920 Cook County, Illinois census record includes the author’s family. His great-grandparents’ birthplace is listed as Russia and their “mother tongue” is listed as Yiddish.

I taught Said’s book in December and was pleased by the conversations it opened up in the class—both about the “contrapuntal” encounters between intellectuals across historical contexts, and about the complexities of community and identity in the present. Later that month, over the holiday break, my father unexpectedly received the fruits of my aunt’s research into our family genealogy. She learned that my great-grandfather, born in the Ukraine, had deserted from the Russian army in 1905 in order to avoid fighting in the Russo-Japanese war, emigrated to London, and eventually made his way to Chicago. His wife—also Jewish—had come from Lithuania around 1902, accompanied by two of her siblings. They spoke Yiddish at home with their three children.

A number of my great-grandfather’s many siblings had died young, my aunt discovered, but perhaps six or seven of them had grown up and, aside from one brother, remained in Europe. It is presumed that all of them were killed in the Holocaust, including one confirmed victim at Dachau. As fascism rose in Europe, my great-grandparents tried to send resources, but to no avail. I’ve never been particularly interested in genealogy, but what I learned about my grandfather’s family came as a shock.

The knowledge that the Holocaust is in some way a part of my personal history has been difficult to make sense of. Freud famously wrote about the distinction between mourning and melancholia, the challenges of withdrawing one’s libidinal attachments to a lost love object. I instead have a feeling of being unable to conjure the spirits of my distant family members—of even registering the loss of those whom I never knew existed and whose individual identities I may never know. 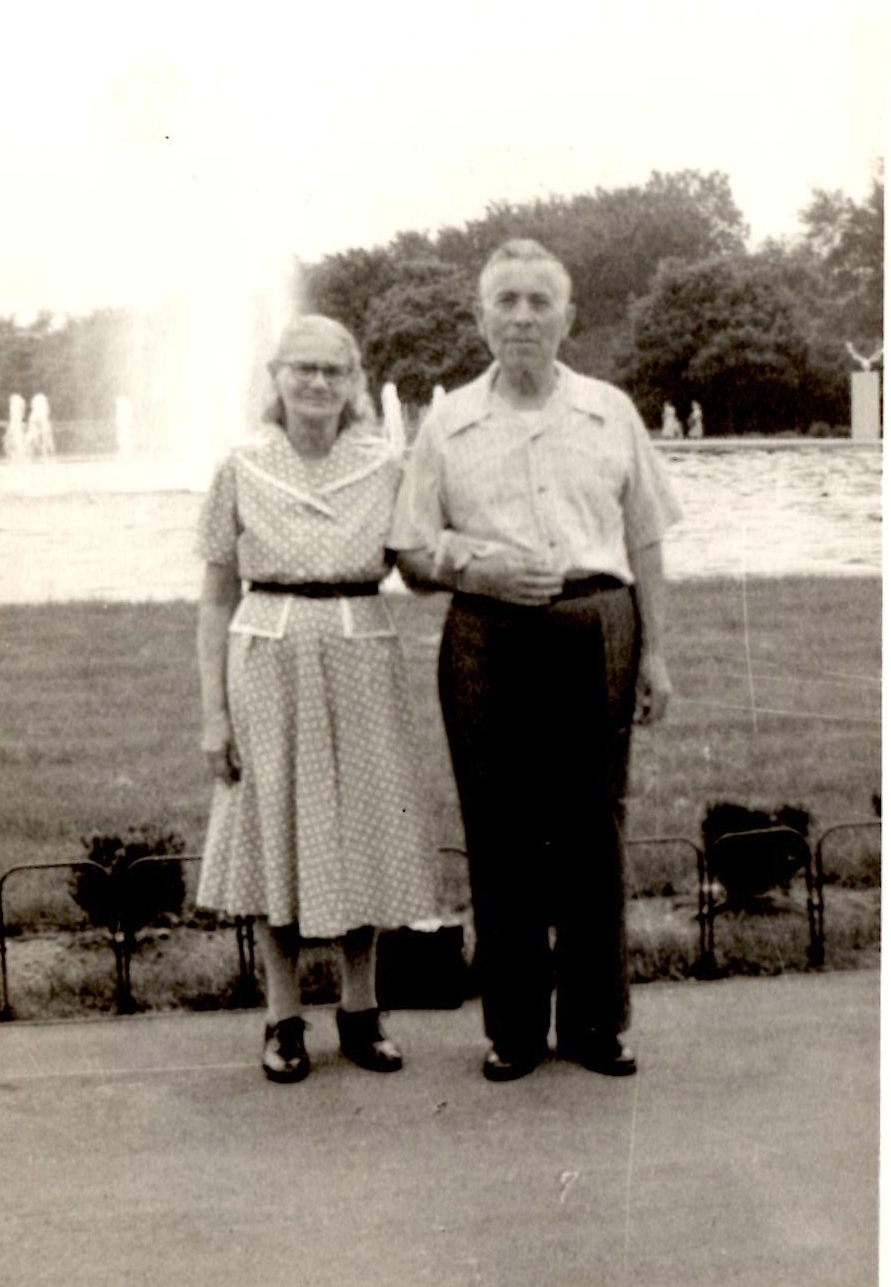 The author’s great-grandparents in Chicago, 1955. Their birth names were Mirel Zachar and Simcha Baranovsky, and their naturalized American names were Samuel Barr and Mary Sacks. Image via private family collection.

As I reflect upon Said’s lecture, certain features seem to illuminate, retroactively, a new dimension of my interest in Freud and other Jewish European intellectuals. The text sifts through Freud’s various and often contradictory statements about Judaism and Zionism, focusing especially on Freud’s late, iconoclastic work Moses and Monotheism (first drafted in 1934, but published only in 1938, a year before his death in exile in London). Freud sets out, as the first sentence declares, to “deny a people the man whom it praises as the greatest of its sons.”

To summarize quickly the book’s famous argument, Freud claims that Moses had been an Egyptian, and that monotheism ultimately had its roots in the Egyptian Pharaoh Akhenaton, and thus not within Judaism itself. Further, as Jewish monotheism developed, it replaced Akhenaton’s sun-worship with the God of the Midianites, an Arab tribe in southern Palestine. Freud forcefully attempts to destabilize the historical ground of the Jews as a people distinctly separated from others in the ancient world. Plurality is for him constitutive of Judaism, undermining claims to discrete communal boundaries.

For Said, Freud’s decidedly ambivalent relationship to his Jewish identity, and the incertitude that Freud injects into Jewishness as such, is a theoretical and ethical strength, not a weakness. It forms a cosmopolitan model for resisting the all-too-easy identification with exclusionary collectivities, whether ethnic, religious, nationalist, or otherwise. As a severe critic of religion, Freud occupies a prominent place in the lineage of “non-Jewish Jews,” to use Isaac Deutscher’s phrase—dissenting Jewish figures like Spinoza and Marx, whose marginalization from both Jewish and Gentile communities grounded their critiques of “civilized” Europe’s hypocrisies.

Yet Said points out that Deutscher neglects what seems to be a key element of this marginalized position: its fundamentally diasporic character, which takes on a contemporary significance that Freud the European could have hardly foreseen. Uprootedness is of course a perennial theme of Jewish history, but here it is given a distinct political resonance through a cultivated sense of ambivalence, of self-doubt about one’s communal belonging. In fact, it was the condition of exile, rather than diaspora, which Said found so intellectually productive, as an interminable condition. “It is part of morality,” Adorno wrote in American exile from Nazi Germany in 1944, “not to be at home in one’s home.

This committed refusal, I think, is what Said’s Freud can teach us all about the dangerous certainties of uniform figures of community and identity. At a moment in which many in our society appear eager to join the wave of fascism and xenophobia that have swept parts of Europe in recent years, Said’s lecture shows—in a “contrapuntal” fashion that exceeds even its own writing—how the late Freud’s dismissal of a unitary Jewish identity can help us mobilize against other ethnocentric fanaticisms. For Said, Freud’s true Jewishness was exemplified in “refusing to resolve identity into some of the nationalist or religious herds in which so many people want so desperately to run.”

Drawing such lessons must not obscure the specific histories and ongoing problems of antisemitism. What I wish to suggest, rather, is that these issues, and the critical responses of Jewish intellectuals both religious and secular, resonate beyond their contextual origins in surprising and productive ways.

For history has a way of rattling our senses of identity, as I’ve recently learned. Last month, I went to Auschwitz-Birkenau for the first time—a place that has long haunted my imagination, but to which, I now know, my distant relatives’ deaths may be connected. I did not initially think of myself as a Jewish visitor, but I was reminded of the ominous verdict (later attributed to Hermann Göring) of Karl Lueger, the antisemitic mayor of Freud’s Vienna, in 1897: “Only I will decide who is a Jew.” Fate can be at once capricious and severe. In the face of today’s demagogues, we must refuse all populist bait and pursue forms of solidarity with those who are perceived as neighbors and strangers alike.

Special thanks to Lise Barr for her research and to Vera Sokolova and Daniel Bessner for their feedback on this essay.

Nicolaas Barr is a lecturer in the Comparative History of Ideas (CHID) and Jewish Studies programs. A graduate of UW (History and CHID, 2004), he received his Ph.D. in History from the University of California, Berkeley. His book project explores the intellectual reception of the Frankfurt School in the Netherlands.